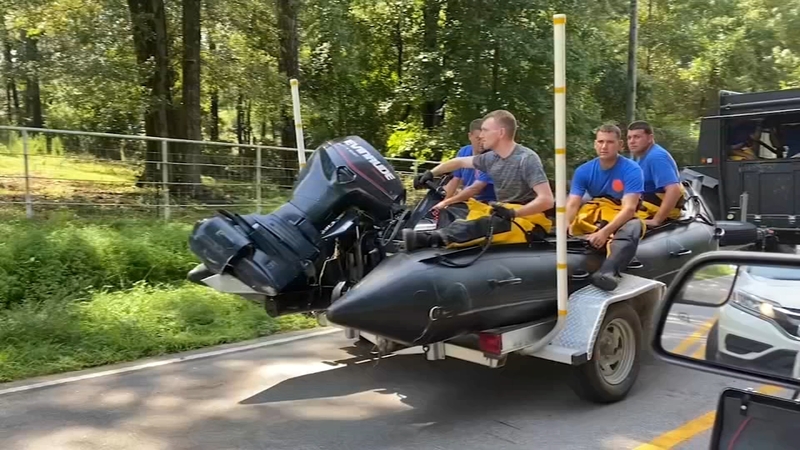 Search for missing children swept away in flood suspended

Rescue crews were able to save the mother after rising water washed out part of Galilee Road in Smithfield.

Just after 5 p.m., Johnston County Sheriff Steve Bizzell said the search for her children had been suspended. It will resume at 7:30 a.m. Wednesday.

Smithfield Fire Chief John Blanton said rescue crews had the mother and at least one child in recovery boats on the way to safety when fast-moving water capsized the boats. All members of the rescue team and the mother were able to get to safety, but the child slipped away in the fast moving water.

"The water was so turbulent that the boat capsized and they lost the child," Blanton said. "They were able to regain the mother. During the efforts to recover or find the children, they lost four boats. This morning, search efforts have gone out, They have located the vehicle and there's no one in the vehicle, so they're continuing the search this morning."

WATCH: Fire Chief Blanton on the efforts to save the missing children
EMBED More News Videos

A helicopter went up Tuesday afternoon to assist in the search. K-9s were also used in the area.

Blanton asked people to keep the family and the first responders in their thoughts and prayers.

A swift water rescue team arrived at Galilee Road in Smithfield overnight to help someone.