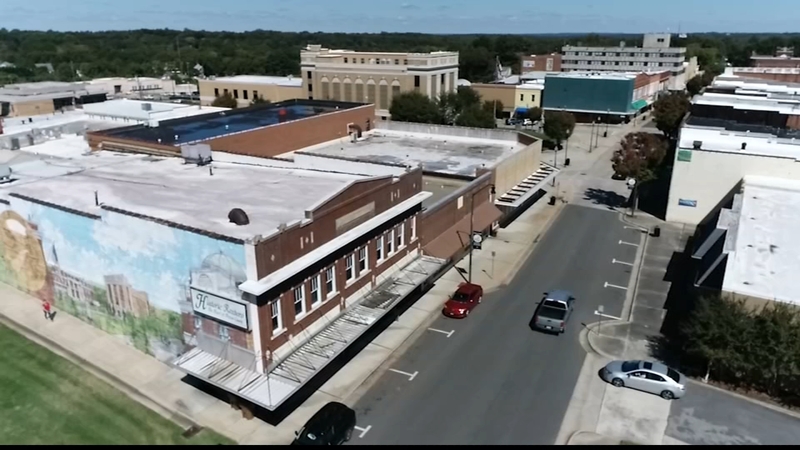 This community is known for being conservative, blue collar and Christian. Nearly 40,000 people call it home.

With just a few weeks before election day, Person County voters shared the issues on the ballot that matter to them.

"I really, really want to see a lot of change in this country. For me, how we are viewed as Black males," said Khari Johnson. The 26-year-old voted for Donald Trump in 2016, and has since switched from Republican to "unaffiliated."

He likes Joe Biden's position on racial justice and police reform. "But also Donald Trump, though he may not say some of the things that I may prefer a president would say, there are some things in the Republican party that you can tell they want to see change," said Johnson.

RELATED: More than 37,000 Black North Carolina voters have switched to 'unaffiliated' since 2016 election

Amber Norris owns Specialty Designs in Uptown Roxboro. The married mom of three is registered "unaffiliated" and has decided who's getting her vote for president.

"I think it's important that we have a candidate in office that is going to make decisions that help business owners," said Norris, who is undecided on the gubernatorial and senate races.

The 37-year-old said she cares about the needs of small businesses and the value of preschool education.

"Not just K-12. But getting kids into programs that can best serve their family and them so they can get ahead," said Norris.

April Short is a Democrat focused on the races for county commission, board of education and president.

"I am not happy with the way things have been," said Short.

The mom of two works in healthcare and wants to see racial equity in local, state and federal policies.

"Some people think well we've had a Black president. But how many Black presidents have we had comparable to white presidents? We are in a day and time where there are still firsts for Black people. We're in 2020. That shouldn't be happening," said Short.

He said the economy, pre-COVID-19, is why he's voting Republican up and down the ballot.

The 54-year-old, college-educated husband and father of two was a Democrat most of his life until recently.

"I didn't trust Donald Trump any further than I could have thrown him in the first election. But he has proven me wrong," said Weaver. "I didn't think he'd be able to cut taxes. He did. I did not think he would slash regulation. He did."

The economy and jobs is what 87-year-old Nannie Byrd Pulliam is most concerned about and how it affects her family.

"I think about my children, grandchildren, and great-grands," said Nannie Byrd Pulliam, who is Tim Pulliam's grandmother. "They have a better life than I had when I was coming up. Seem like nothing is coming down, everything is going up."

Nannie Byrd Pulliam was born and raised in Person County and has voted in the county's elections since the Civil Rights Movement in the 1950s and 60s, when Black people fought for their right to vote.

Her message to potential voters ahead of election day: "Go to the polls and vote."