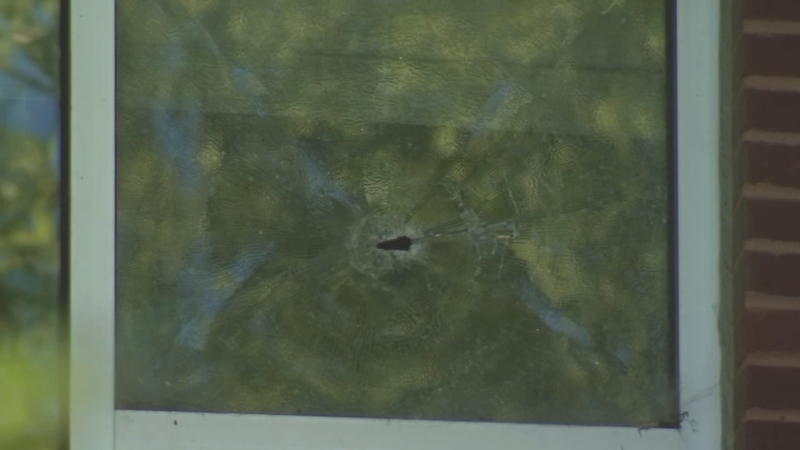 Last month, Kenneccia Woolard, a junior, was injured by shattered glass after a stray bullet shattered a window at Benjamin Ruffin Residence Hall.

"I am not okay. I am facing this trauma each and every day--the anxiety and the fear of the incident each and every day. And I believe that we need an action plan immediately because our campus is not safe from the residents and criminals that are surrounding our community," said Woolard.

"We are not saying to you that any one of these recommendations is a panacea for addressing the issues of crime, and violence, and gun violence on our campus. What we're suggesting to you here is doing nothing at all is not an option," said Akinleye.

"It is apparent, with recent incidents, that we are teetering on disaster. We are in a perilous position without the city's intervention," added Kevin Holloway, the chairman of the university's Board of Trustees.

"Our students reside on campus and all members of the Durham community should go to sleep at night and not worry about what may happen if they close their eyes or whether they will be alive the next day," NCCU student body president KeShaun Coleman said.

"It's the right thing to be pushing for because the people who live in these neighborhoods, live in these communities, every day are asking what is my government doing, concrete," Middleton said.

The company that makes ShotSpotter, which is a sensory device that tracks gunfire and alerts authorities, offered the city of Durham a free six-month trial.

Its potential use has faced pushback in the past, including from city council members, including Mayor Pro Tem Jillian Johnson.

""There's no reliable evidence that ShotSpotter decreases violence," she told ABC 11 last month. "It's expensive, unreliable, reactive technology that only increases police response, forcing cities to invest even more in punitive measures rather than prevention. I'd rather invest in real proactive solutions that prevent violence and treat its causes. "

Durham police report as of late September, shootings in the city were up 70% year-over-year.

"As you know, the gun violence that you experienced--we've had a lot of gun violence in Durham in the past several months. More than we've had in past years. And we all feel that," said Mayor Steve Schewel, while addressing Chancellor Akinleye.

Schewel requested Chancellor Akinleye submit the five recommendations in writing to the city council and city manager, promising they will pay "prompt attention" to them.