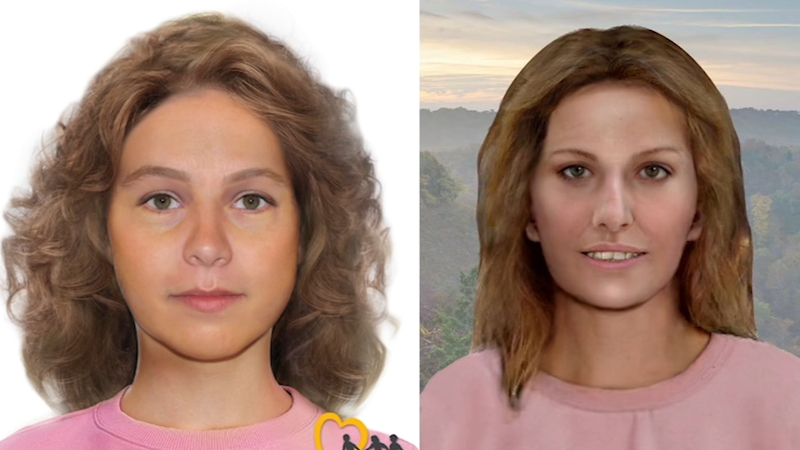 HILLSBOROUGH, N.C. (WTVD) -- The Orange County Sheriff's Office is still looking for information from a 29-year-old case where a woman's body was found in Hillsborough.

The unidentified woman, known as New Hope Jane Doe, was found near the New Hope Road exit on Interstate 40 on Sept. 19, 1990.

Detectives and volunteers are hoping the anniversary will bring out new information from the public in hopes of solving the case and bringing closure to the community.

"Investigators pursued more than 100 leads, but we still don't know who she is or who killed her," said Sheriff Charles Blackwood, who was a patrol deputy when the body was found. "We want to learn who this young woman was and bring her family peace."

In 2018, forensic artist Carl Koppelman completed a new illustration of Doe, the first to show her teeth. Blackwood says they want as many people as possible to see this new picture.

"Social media wasn't a resource in 1990," Blackwood said. "Now, it allows us to get her likeness in front of more people than we ever dreamed possible back then. This image needs to reach the right person - the person who knows who this girl was."

Blackwood asks the public go to the Facebook page, which was started by Daphne Ownings, a volunteer who has invested heavily in the case.

"My only goal is to find out who this girl is," Owings said. "She was about five feet three inches tall, approximately 120 pounds, and between the ages of 15 and 25, most likely on the younger end of this range. She had blonde, possibly frosted hair, and she was found wearing a pink sweatshirt with three bunnies on the front."
Report a correction or typo
Related topics:
hillsboroughcrimeunsolved crimebody found
Copyright © 2022 WTVD-TV. All Rights Reserved.
UNSOLVED CRIME
Family presses for justice after brother killed at Raleigh bus stop
'Little Miss Nobody' identified 62 years after remains found in desert
Alex Murdaugh hit with more charges connected to 4 new clients
Raleigh detectives solve 1977 rape and murder case
TOP STORIES
Officials: Buffalo, Uvalde shooters allegedly abused animals
Canes seek series lead against Rangers in game 5
OBX beach goers urged to wear shoes on beach
Onlookers urged police to charge into TX school: 'Go in there!'
UNC softball player to coach in summer baseball league
Columbine survivor reacts to Texas elementary school shooting.
Kevin Spacey charged in UK with 4 counts of sexual assault
Show More
RDU adds new airline, another adding several new routes
Should you talk to young kids about mass shootings? And how?
Fort Bragg soldier killed in Afghanistan to be honored
Timeline breaks down Uvalde shooter's movements day of massacre
In video, 'angry' NC Gov. Cooper pushes for stronger gun laws
More TOP STORIES News