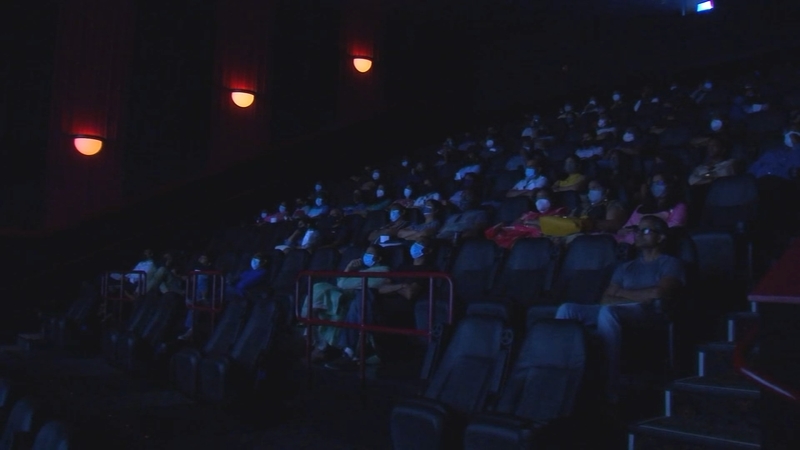 Park West 14, a B&B theater, in Morrisville opened its doors for the first time on Thursday.

"I just connect with that big screen and the sound and it's just glorious," said Cary resident Sara Slate.

It's an experience she's cherished since she was a kid and one she's missed during the pandemic.

"As a kid, my mom used to give us 50 cents on Sundays to go to the movies," Slate remembered. "That was for bus fare, the movie and popcorn. Ever since I've been a little kid, movies are just a very special treat."

Slate and her husband have gone to the theater five times since they both received their COVID-19 vaccine. Both said they feel safe back in front of the big screen.

"As long as there's like appropriate distancing, maybe like every couple seats, I mean, we're okay with that," Epperson said. "So far our numbers haven't been that bad so I feel pretty comfortable."

Epperson and Wong brought their 3-year-old daughter out on Saturday for a pre-birthday outing.

"I'm excited to see her smile for the first time. [It's the] first time we ever took her to the movies before," Epperson and Wong said.

Slate is hoping to see more people join her in the auditoriums soon.

"The last movie that we went to there were only four people in the whole theater, so I'm hoping you know people come back because I know it's just put a terrible strain on movie theaters and moviemakers," Slate said.

Paul Farnsworth, a spokesperson for B&B, is hoping ticket sales pick up around Memorial Day.

"We kind of feel like Memorial Day is really gonna be the big kickoff for the summer and fall season where it's almost gonna be a tentpole film after blockbuster after hit," said Farnsworth.

Other entertainment venues across the Triangle also slowly reopening as cases level out across the state and more people receive a vaccine.