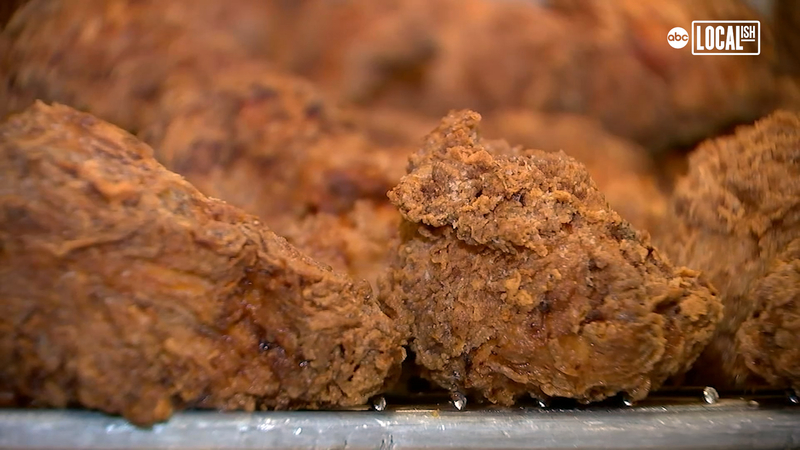 FRESH MEADOWS, Queens -- As many people and businesses have had to pivot during the pandemic, a gourmet chef in NYC has found success with fried chicken. In fact, it's become so popular you can only order it online and only if you know the secret code.

"People just really want to eat something great and have it conveniently delivered," said Eric Huang, chef, and owner of Pecking House.

It sounds great, but fried chicken was never the plan for this former fine-dining chef.

Huang spent 10 years cooking in some of New York's most exclusive restaurants, including Eleven Madison Park, which was voted best in the world four years ago.

He left last January with ill-fated hopes of running his own high-end kitchen.

"I was like, I want to be a Michelin star chef and that's what I worked toward for 10 years, and then obviously the pandemic changed everything for everybody," Huang said.

So with the world shut down, the Queens native returned to his roots.

This is not fast food chicken.

Chef Huang is combining his Chinese and American heritage for a free-range bird that's a mix of Taiwanese technique and Nashville know-how.

"Marinated with buttermilk, 5 spice, Chinese 5 spice, mustard, onion powder, garlic powder, and that sits overnight," he said. "And then we dredge it, potato starch, corn starch, they work really well for developing a great crust, brushing with the Chinese chilies."

He sells the chili-fried chicken for $35 a plate paired with seasonal sides, like fried rice with chicken livers, and don't forget the hot sauce.

Chef Huang says he's cooking 350 pieces of chicken every night, five nights a week. But, cooking the food is only half the battle, then he's got to figure out how to deliver it to people.

"For the first month and a half or so I was the only person working here," he said.

With demand surging, the online order page is password protected.

Customers have to wait for a secret code in their email.

"The wait is about six weeks," Huang said.

It's a far cry from a 15-course tasting menu, but the pandemic, as is the case for so many people, reorganized his priorities.

"It can't just be ego-driven; I want to show everyone how awesome I am kind of cooking. It's first and foremost about other people, it's about making other people happy," Huang said.