Meet Ricky Hurtado, the only Latino who will be serving in North Carolina state legislature next year 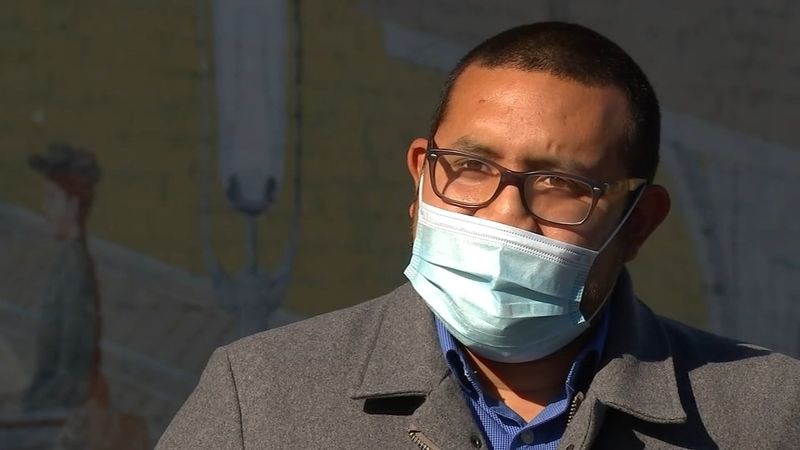 ALAMANCE COUNTY, N.C. (WTVD) -- Ricky Hurtado is shaking up politics in North Carolina with his history-making win on Election Day.

Hurtado is the representative-elect of Alamance County's District 63. He is the first Democrat to flip the seat in 10 years.

He says the response from the Latino community has been overwhelming.

"A mother said 'to see you win an election in a place like Alamance County gives me so much hope for the future.' That really moved me," said Hurtado.

Next session, he will be the only Latino serving in the general assembly, and among the youngest lawmakers.

The 31-year-old is the son of El Salvadoran immigrants who fled the war-torn country in the 80s. His family moved to rural Lee County where his mother worked for a chicken factory to support the family.

Hurtado stands on the shoulders of Republican State Representative Daniel McComas of New Hanover County, the first Latino to serve from 1995 to 2012. And Republican State Senator Tom Apodaca from western North Carolina who served from 2002 to 2016.

"It's way past time when we think about the million-plus Latino residents in North Carolina. I think it speaks to the need for greater representation in North Carolina," said Hurtado, who graduated from UNC as a Morehead-Cain Scholar and later Princeton. He represents former immigrant children finding their voice in politics.

The number of Latinos registered to vote in our state has grown since the 2016 election.
Hurtado says increasing registrations and civic education is key, but he believes the big money in politics are often barriers and keep Latinos out of the conversation.

"My race was really expensive to win and should not be an expectation that you have to raise over a half-million dollars to win a race that pays you $13,000 a year. This is a part time job," said Hurtado.

As a lawmaker, he says he'll fight for COVID-19 relief bills and equity in education for Alamance County. His message to people of color.