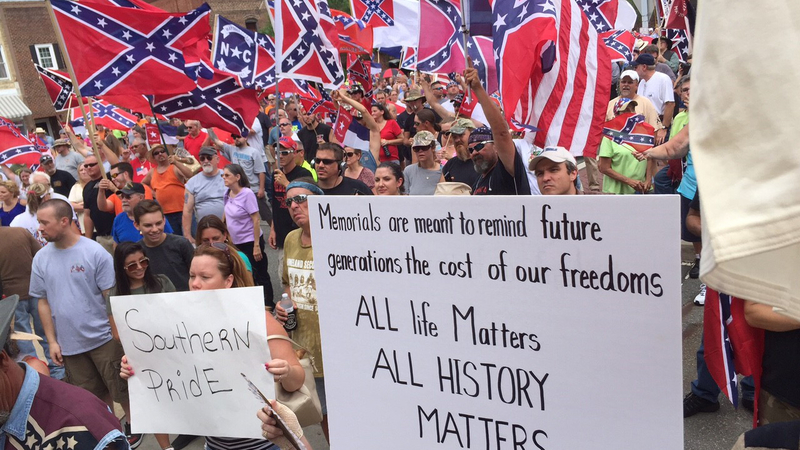 ALAMANCE COUNTY, N.C. (WTVD) -- Since the church shootings in Charleston, S.C. last month, there has been a national movement to take down Confederate flags and symbols.