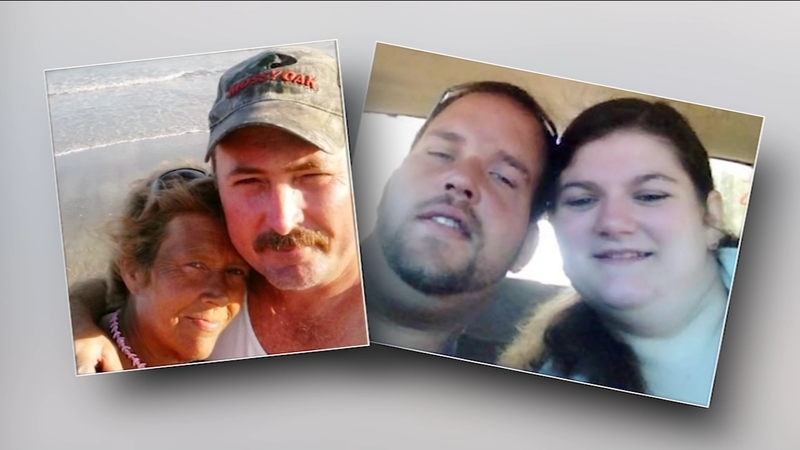 WILSON COUNTY, N.C. (WTVD) -- It has been more than four years since four family members were found shot to death in a Wilson County home in a seemingly random attack. Now, Gov. Roy Cooper has put out a $20,000 reward for information leading to the arrest of the person or persons responsible for the quadruple homicide.

On Christmas Eve of 2016, deputies from the Wilson County Sheriff's Office responded to a home in the 2200 block of Banks Lane. There, they found 54-year-old mother Tammy Lynette Pearce, along with her 47-year-old boyfriend Selby Outland and two other victims, 28-year-old Paul Shane Pearce and his fiance Dominique (Nikki) Privette, all dead from gunshot wounds.

"Some heartless person went over there and killed every last person in that home," Jessica Taylor, who is Tammy Pearce's daughter, told ABC11 in 2016.

A man who was already serving time in jail was originally charged in the quadruple homicide, however, charges were later dropped in the case.

A mother, her son, and their partners were shot and killed Christmas Eve

There is also a $5,000 reward out for anyone who has information that would lead to the arrest of the person or persons responsible for the death of 52-year-old James Calvin Graham Jr.

The body was found near Highway 42

"From everyone in the community, he was a well-rounded, upstanding citizen," Corey Bullock, Bailey's interim police chief told ABC11 in 2016. "He volunteered at churches. He was involved with the youth within the community, so it was kind of a shock when he came up missing."