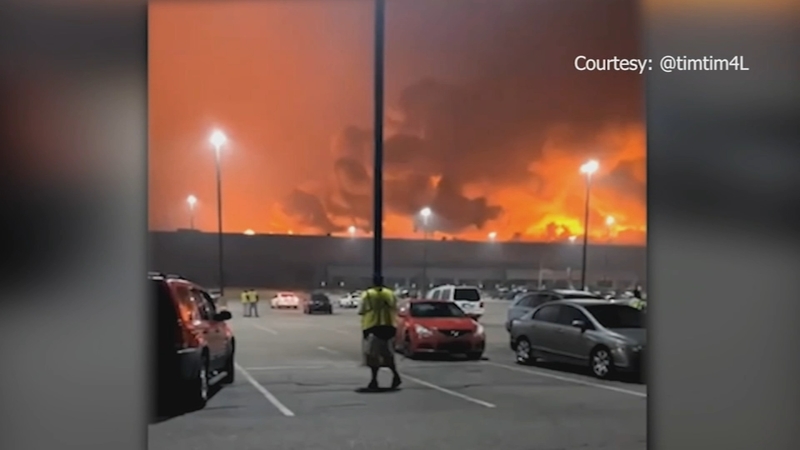 ROCKY MOUNT, N.C. (WTVD) -- The future of hundreds of workers is in limbo after the deadly fire at the QVC distribution center in Rocky Mount.

The facility was destroyed by the fire on Dec. 18 and employees have been out of work since. According to new filings, those workers may be off the job for good.

Right now, 1,953 QVC workers are unemployed. The company reported those layoffs to the state late last year, filing a notice with the Department of Commerce stating employees will be separated from QVC beginning Feb. 1.

The notice, known as a Worker Adjustment Retraining Notification, is required by law and allows the state to step in and start providing some assistance to displaced workers.

QVC said that after Feb. 1, employees will receive either four weeks of separation pay or a lump sum.

Karlton Staton learned Thursday through email that his job on the production line at QVC in Rocky Mount is over.

"Well, got to start over again," said Staton. "We want to know what the cause is. How it happened."

A QVC spokesperson told ABC11 that the future of the distribution center in town is still uncertain.

The company will provide transition services and training for jobs at another location or other local organizations.

"I'm going online - I'm going to try to find more work. Because I got the news today that we're not going to be open up anymore - so whatever comes up. I'm just going to have to accept it," said Staton, who worked on QVC's line for three years.

The 57-year-old father said he spoke with a female colleague on Thursday who is still grieving the loss of her job.

"It's very hurting to her," Staton said. "She's saying she got to find work. She's got a house to pay for."

Some losses will never be recovered.

21-year-old Kevon Ricks was found dead near a loading deck after the fire was contained.

He had only been on the job for three weeks and leaves behind a 1-year-old son.

The fire is still under investigation. The cause has yet to be determined.

As for Staton, he wants hiring managers to know this: "I do mechanic work. I did 29 years on another job. So I'm a certified mechanic.