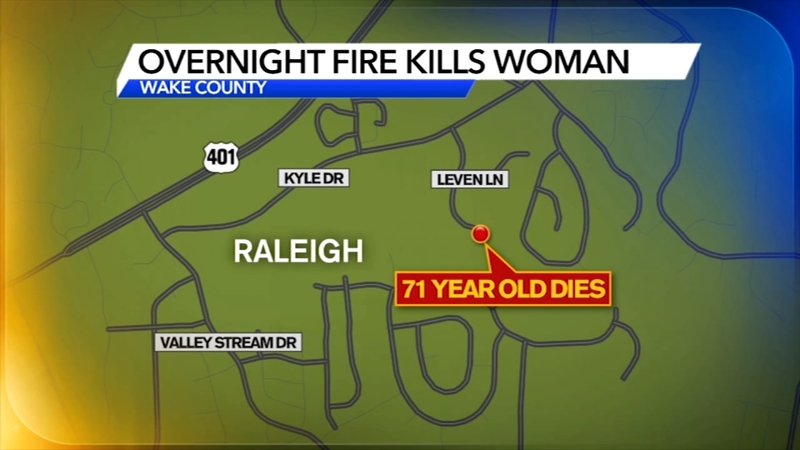 The Wake County Sheriff's Office responded to a fire on the 4809 of Leven Lane in Raleigh around 1 a.m.

The woman's son said he had checked on her before going out to a shed in the back of the home, according to deputies. He then smelled something burning and noticed smoke coming from the house. The son then ran to a neighbor's home to call 911. He tried to save her, but the smoke was too heavy.