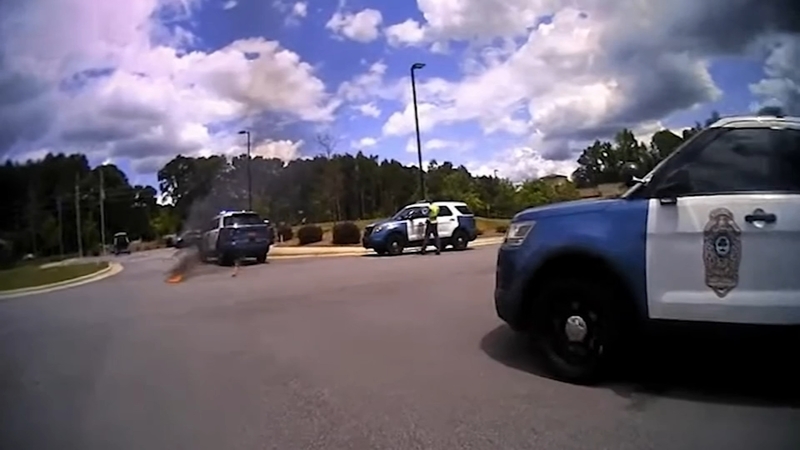 RPD video released from fatal shooting at police station in May

Preliminary results show that 30 rounds were fired during that confrontation with Reuel Rodriguez-Nunez.

WATCH THE BODY CAMERA VIDEO BELOW (Warning: The video contains explicit content that is not appropriate for all viewers):


It all started May 7 around 1:20 p.m. when an officer spotted a man, later identified as Nunez, 37, in the police station parking lot at RPD's Southeast District Station setting multiple cars on fire. That officer called for backup.

When backup arrived, police said Nunez still refused to stop. In fact, he threw one Molotov cocktail at a nearby officer. That's when police opened fire, shooting the man multiple times. Nunez was rushed to the hospital, where he died from his injuries.

Nunez's brother told ABC11 last month that his brother did not intent to kill anyone. He believes his brother was at the police precinct protesting things he saw in jail.