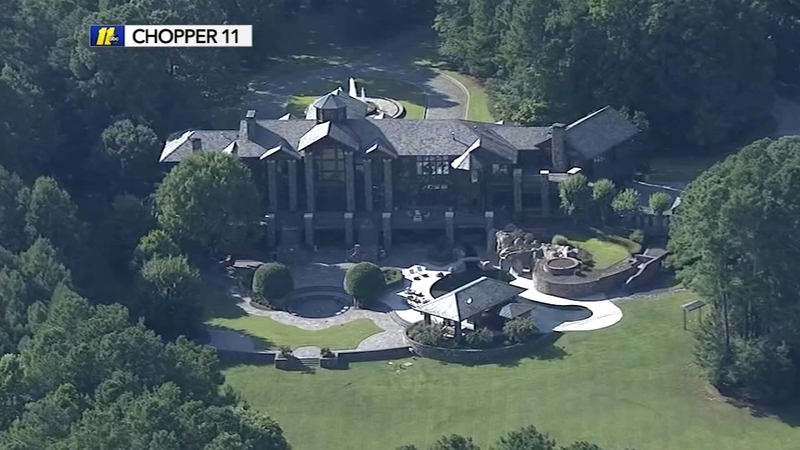 HVAC business still waiting for $45,000 from work at Raleigh mansion

RALEIGH, N.C. (WTVD) -- A heating and air conditioning contractor is miffed after he said he was being stiffed on payment after work was done at a massive north Raleigh home.

"I've never had this happen in the eighteen years I've been in business, that a homeowner didn't pay us," said owner Adrian Stephenson of AnyDay Heating & Cooling.

The Wake County small-business owner is speaking out after being owed thousands of dollars for a job at a Raleigh mansion.

He reached out to Troubleshooter Diane Wilson after not getting paid for a job he did in April at the north Raleigh home.

Troubleshooter Diane Wilson helped an Apex homeowner get her money back after a bad build.

'NO RED FLAGS AT ALL'

The original job Stephenson's company was hired to do was to replace 12 HVAC units in the home for a total cost of $115,000. Stephenson said he met with the homeowner, Daniel Hahn, several times.

"I met him in person, he signed the proposal sitting right there at the table," Stephenson said. "No red flags at all that he was going to not pay his bills."

When work was about to start, Hahn promised to pay the $50,000 deposit but said he was waiting for capital to come in.

"Initially, we wouldn't start without a deposit, that went on for about three to four weeks, and then he said listen, you know hey I'm really good for the money, if you guys want to come on and start, you guys can come and start," Stephenson recalled.

Stephenson went back and forth via text messaging with Hahn several times. In March, Hahn texted that he was in Europe, but would wire the $50,000 deposit, and did not want the work to start until he sent the money. Hahn eventually texted work could start, but he could not pay until April 5. Stephenson said that was OK with him, and he said he made it clear to Hahn he would have to pay the $50,000 deposit as soon as possible. He said Hahn stated several times, "I promise you will get paid when I get back."

Stephenson's crew got to work and installed four units in the home. Hahn continued to text promising payment. One text read, "I'll get to the wire today, it bounced back." Another text message said he was waiting for capital to come in, and another one even included a picture of Hahn in Ghana on a trade mission and humanitarian study.

Stephenson said that during the month, Hahn continued to promise payment: "In his last text, he had agreed that he will give us 5% more because of the long wait time and want us to go ahead and continue about working and he was going to make sure we get paid."

He thought he found a Jeep in 'perfect shape.' But it had 100,000 more miles on it than advertised.
EMBED More News Videos

Nationwide, CARFAX estimates more than 1.8 million vehicles on the road have had their odometer rolled back.

After four months of waiting for Hahn to pay for the four units already installed, Stephenson was fed up and would not install the remaining eight units and just wanted to be paid for the units that were installed.

Troubleshooter Diane Wilson got in touch with Hahn, who insisted he will pay, he's just waiting for a dividend check. He says his business has been affected by the COVID-19 pandemic just like others. He added that the job should have never started until he did pay, but Stephenson was eager to start the job. He said he wanted Stephenson's company to be able to finish the job, but he wanted to make sure he made the full payment first.

When Wilson first talked to Hahn, he told her it looked as if he would be able to pay Stephenson within a week. When they talked a week later, Hahn said he still did not have the money, but he did offer a payment plan. The plan Hahn proposed would be over three months and to pay Stephenson the $45,000 in installments, but Stephenson rejected it and said he just wants the money he's owed for the work that's been done since April.

"It's not because you financially can't afford to pay us -- you have chosen to not pay us," Stephenson said. "To this date, we still don't have $1 for the work we've done."

Stephenson recently put a lien on the home Hahn lives in to try to collect payment. In response, Hahn reached out to Stephenson's attorney and stated that he would like to settle the dispute, but he would like to understand the warranty and service of the product, have a unit that is failing repaired and assurance of a long-going service relationship, along with a few other items.

Stephenson said the four units they installed in April are working properly, as his crews have been called to the home since installation and it was the other units that needed to be replaced still that had problems.