'I have a lot of hope': In an interview, Gov. Roy Cooper talks NC's future, and his own 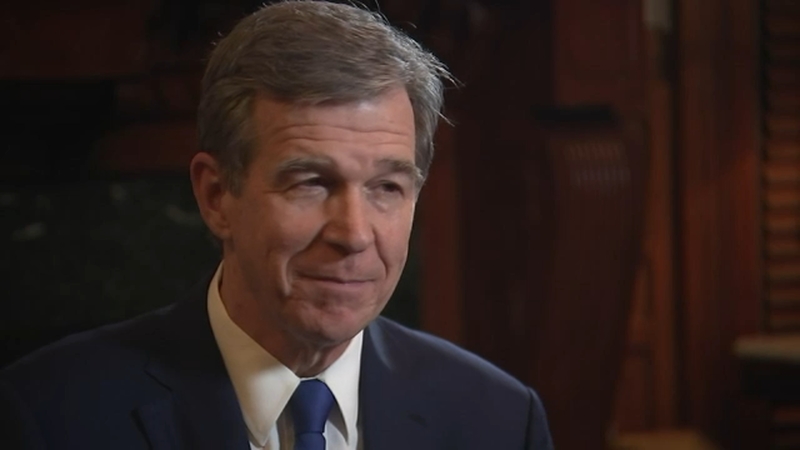 'I have a lot of hope': Gov. Cooper aiming high for NC's future

In a one-on-one interview at the Executive Mansion in Raleigh, the governor offered a greatest-hits recap of the year, including major jobs announcements from Apple and Toyota worth more than $2 billion combined.

"I have a lot of hope because we are coming out of this pandemic," Cooper said. "It's still frustratingly gnawing at us as we continue to have sickness and death, but we have the way out with vaccines, and I'm optimistic about next year, and I'm looking forward to it."

Politically, the governor for the first time in office actually signed a comprehensive state budget after months of negotiations with the Republican-led General Assembly.

In another bipartisan achievement, North Carolina codified Cooper's clean energy ambitions in a major overhaul of how utilities will reduce carbon emissions in the future.

The wide-ranging conversation covered topics such as jobs, pandemic restrictions, the state's urban and rural divide, plus the governor's new role as Chair of the Democratic Governor's Association. Cooper, who cannot run for a third term as governor, was noncommittal about seeking higher office.