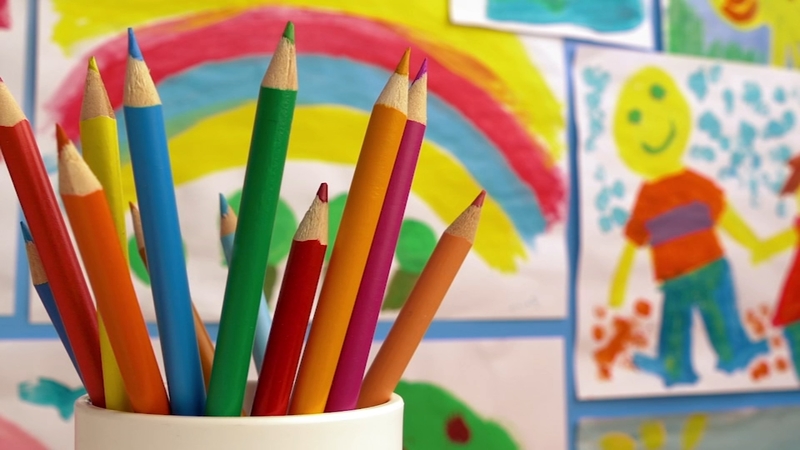 School to prison pipeline prominent in some North Carolina schools

FAYETTEVILLE, N.C. (WTVD) -- Black students are suspended from school more than white students and one Franklin County family can attest to that.

"He was suspended from kindergarten at least 20 times," said Ranada Byrd. "I would have to take off work and go to school. At one point, I thought I was going to lose my job. It was so often I was being called out to go pick him up."

Those are not the words you'd expect to hear from the mother of a five-year-old. Byrd's son, Chan is now 14, but how Durham County school administrators chose to discipline him then still haunts her. The mother said on one hand the teachers would call Chan a standout student, but on the other, they said he was disruptive.

"He would get up, play and run under the desk. One time she said he got under the rug. That's what five-year-olds do to me -- definitely boys," said Byrd. "When I gave birth to him, I was so proud to have a little boy. It always worried me that my child would be a statistic. I didn't want him to be that."

One day things took a turn for the worst when Chan, who was a kindergartener accused of stabbing another student with a pencil.

Ranada says her son faced charges, but they were later dropped. The courts ordered a behavioral health evaluation and Chan was diagnosed with ADHD.

An ABC11 investigation found many Black and brown students in the Triangle bear the brunt of school suspensions.

Experts say these disparities have long-term effects, which can funnel them into the school-to-prison pipeline.

"The school to prison pipeline is a set of practices or policies that push children out of schools into the juvenile or criminal adult system," said Letha Muhammad who runs Education Justice Alliance (EJA), a grassroots organization launched in 2012. "Society sees black children as more aggressive. They appear to be older in other people's minds. That framing will impact how you interact with them in the school setting."

The consequences are more severe for Black and brown students under zero tolerance and disciplinary policies within schools -- often leading to their first experience with law enforcement.

"It's implicit bias or explicit bias. Or, the teacher didn't have the right training. I personally think we need to lean into the uncomfortable conversation and name that racism is at play," said Muhammad.

The EJA aims at dismantling the school-to-prison and school to deportation pipeline. They provide families in the Triangle with resources to combat the criminalization of minority children.

Muhammad said school officials often lack de-escalation skills. With adults directing microaggressions toward students, who depending on their age, don't have the skills to articulate their feelings. The student's frustrated response is interpreted as anger and they are penalized for it.

"Adults need to be held accountable. There needs to be a conversation or consequence," said Muhammad. "We're good at giving consequences to young people, but where's the consequence for the adult?"

Muhammad says hundreds have come through the program to date and she expects many more in the future.

Meanwhile, Chan's love for basketball keeps him busy in a new school district. The Franklin County 14-year-old is hooping it up with two AAU teams this summer. His mother, Ranada is determined her child will not be a statistic.