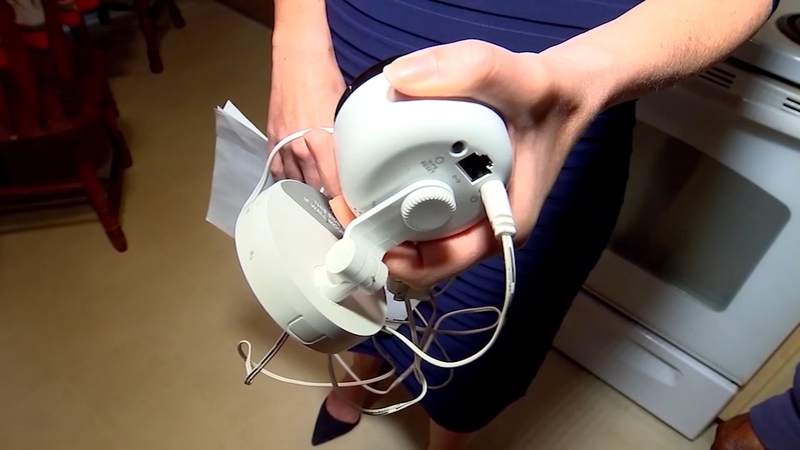 RALEIGH, N.C. (WTVD) -- If you get an unexpected guest at your door claiming they are with your alarm company to upgrade your system, you need to be on guard.

Eighty-three-year-old Raleigh homeowner Irene Jones was caught off guard by the scam, which left her with two alarm systems and several thousands of dollars in bills.

"I was laying there sleeping, and I heard someone knocking on the door," Jones said.

When she answered her door, she said the man claimed to be with her alarm company. "He said you're a hard woman to keep up with, and so I thought he was with the company," Jones said.

She already had an alarm system in her home and said she thought he was there to work on it. By the time the representative left, Jones said she had a whole new alarm system in her home. She did admit to signing several electronic documents. Jones, "I said, 'What is the money that I have to pay?' He said, 'Oh, that's nothing, that's just money the company will pay for the stuff.'"

On one of the forms Jones signed, it does list the security equipment Jones got, and while it has the retail price, when it comes to total price, it has written in all zero's. The only cost Jones said she saw written on the paperwork was paying $39.00 a month for the upgraded system. However, a few weeks later, Jones got a letter in the mail from a finance company.

"When they wrote me and said, 'Thank you for the loan,' I called them and asked them what loan and I said, 'I didn't make no loan,'" Jones said. It was a loan for $4,000---which included the cost of all that alarm equipment in her home that Jones thought was free. Instead, it was financed. She said she was told she needed to send a payment or it would impact her credit. When she didn't pay, she then got late notices.

"I said, 'OK, I don't know what to do now.' I thought about you because I see you on TV all the time and thought well if anybody can handle it, Diane can," Jones said to Troubleshooter Diane Wilson.

Troubleshooter Diane Wilson got on the case and worked with the security company, and they agreed to release Jones from their contract, which also closed out the loan. They did provide paperwork that showed Jones agreed to the terms, but as a gesture of goodwill, did release her from the contract. Jones is extremely happy and said she learned her lesson and will not get into anything like this again.

Jones is not alone, as several homeowners report the same issue happened to them.