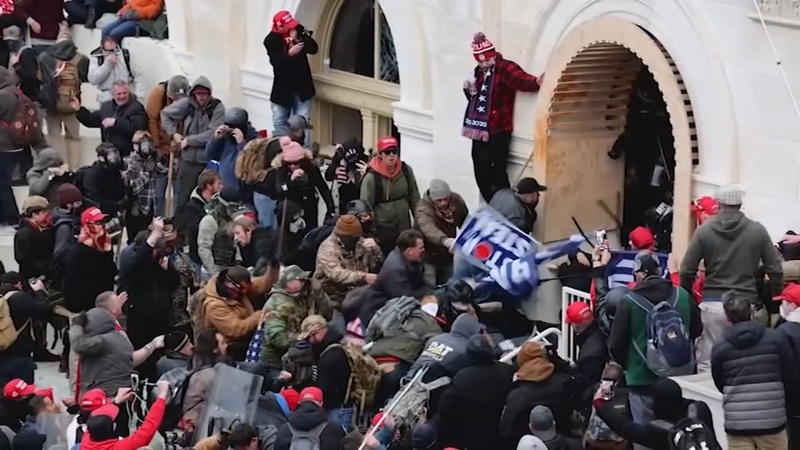 The Southern Poverty Law Center released its annual report on hate and extremist groups, finding the number of both fell in 2021, though staffers believe the views they push are still prevalent.

"Extremist groups are declining because the ideas that mobilize now operate so openly in the political mainstream. So far-right organizing doesn't need to take place in hate groups when those ideas are already part of the political conversation when there are so many places online across so many different platforms where extremists can organize, propagandize, and recruit," said Cassie Miller, a researcher and writer with the left-leaning advocacy organization.

Their report began with highlighting the January 6th attack at the Capitol, which was preceded by an event featuring high-profile politicians, including former President Donald Trump and North Carolina Congressman Madison Cawthorn.

"Because (these groups) have that access to power, they've really been able to dominate public debate and spread conspiracy theories and misinformation and really to become one of the most powerful forces to shape American politics today," said Miller.

Chantal Stevens, the Executive Director of the ACLU of North Carolina, noted the danger in these ideas gaining mainstream traction, making them easier to accept.

She expressed concern over less obvious steps which could target marginalized groups, ranging from efforts to restrict voter access to limiting classroom discussions.

"This is really critical stuff that's happening. We're seeing it in efforts to scare families and sow political division by injecting hostility into local school board meetings," Stevens said.

The SPLC found there were 28 so-called hate groups that operated in North Carolina last year.

According to the FBI, in 2020, the number of bias-related crimes decreased in the state from the year before, though incidents involving a person's race, ethnicity or ancestry increased.