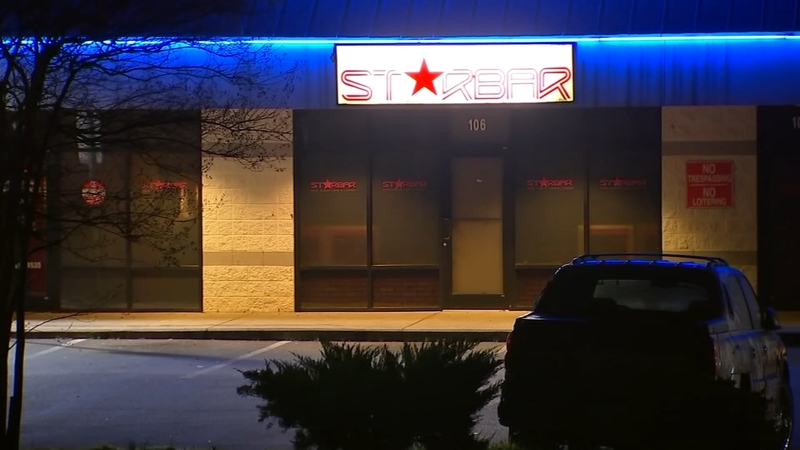 RALEIGH (WTVD) -- ABC permits for a Raleigh bar were suspended by the Alcoholic Beverage Control Commission on Friday night following a string of violent incidents that have broken out during operating hours.

The Star Bar -- located at 1731 Trawick Road -- has been the site of many weekend incidents. Since obtaining its ABC permits in 2015, the bar averaged 100 calls for service per year, according to the North Carolina Department of Public Safety.

An order of summary of suspension issued Thursday night details at least 19 incidents associated with the bar.

In the early morning of July 26, four people were injured in a stabbing at the bar; one of whom was taken to the hospital in critical condition.

The most recent incident occurring last Sunday at a neighboring Speedway gas station where four people were shot, one of whom was a fatality. Officials said the shooting stemmed from an incident at the StarBar. Two security employees were arrested in connection to the shooting.

The order of summary of suspension goes on to detail that neighboring businesses have had to adjust their business hours to avoid being open when the business is open due to the safety concern of customers and employees. The order also claims that residents have had to adapt their family gatherings and outdoor activities due to safety concerns.