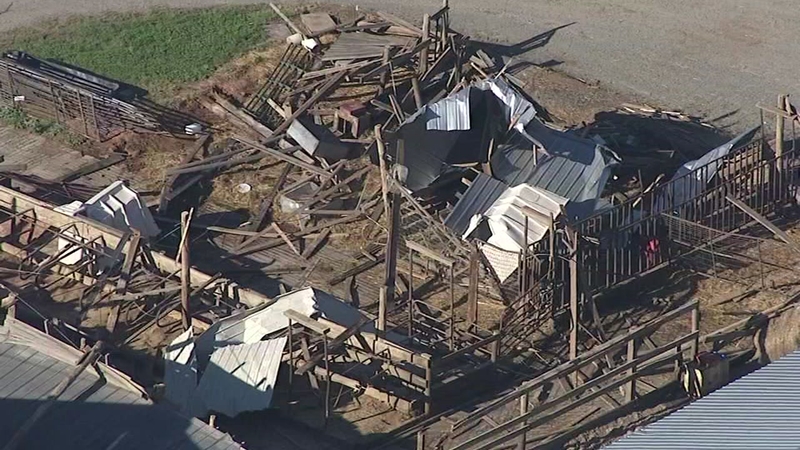 According to a release, Orange County alone suffered a whopping $1 million in property damages.

While the storms didn't injure or kill anyone in Orange County, property damage was heavy.

The storms caused significant damage to Maple View Farms, and many trees were reported down in the area south of Exit 261 off Interstate 40 (Old NC 86).

One unoccupied house was destroyed as well.

The area around the Sportsplex also received considerable damage, as did a neighborhood in the southern part of the county and a parking lot at Durham Tech in the Waterstone area.

Gov. Roy Cooper toured the damage at Maple View Farms on April 20 and met with affected residents on Leslie Drive, which lost many trees and had several residences damaged.

The tornado that hit Orange County last Friday was the first confirmed tornado to strike the county since Oct. 27, 2010, and only the ninth to hit the county since 1975, according to the Tornado History Project.

Orange County Emergency Management is encouraging residents to be cautious when dealing with contractors for debris removal. Anyone contacting contractors should vet them properly, make sure they are bonded and insured, and not pay for services in advance.