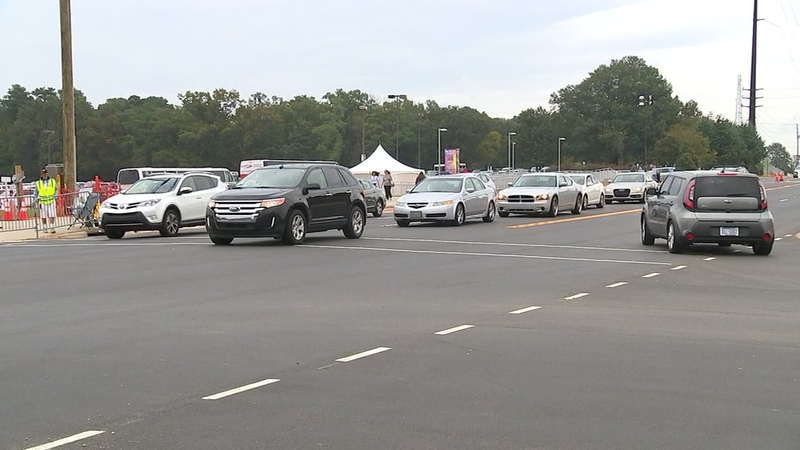 This is the final weekend of the State Fair, and the Carolina Hurricanes hosted the Colorado Avalanche at PNC Arena Saturday afternoon, causing fans and fair-goers to plan ahead.

"I dropped my car off this morning, had someone pick me up. Then they picked us up and dropped us off here so we can walk in. Then the car will be waiting in the lot when we're done," said James McDermott, a Hurricanes season ticket holder.

"It was about twice as bad as the normal time it takes," Jeremiah Roper said of the traffic.

Roper was attending the State Fair for the first time. He estimated he had to walk nearly ten minutes from his car to the fair.

Many people opted to use the pedestrian tunnel near Trinity Road, in part in an effort to stay dry from this afternoon's rain.

In downtown Raleigh, SPARKcon was in full swing, with stretches of Fayetteville Street shut down for attendees. Instead, the road was used as a canvas, with people using chalk to draw on the streets.

The Hurricanes game finished shortly before 4:00 p.m., helping clear out some of the traffic in the area for the evening.