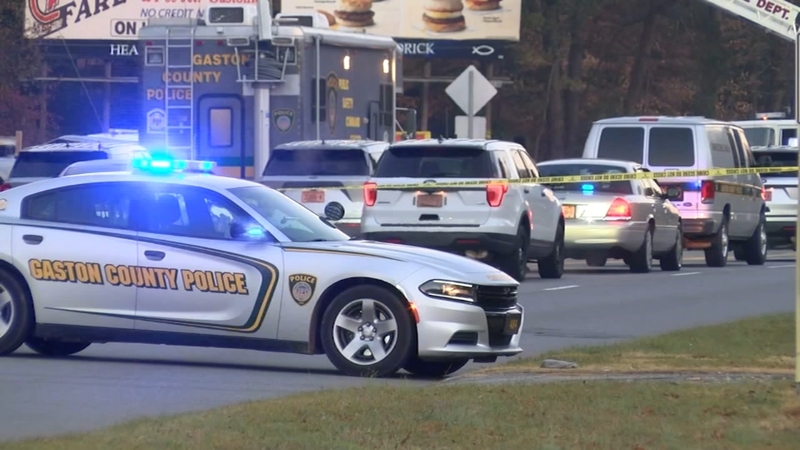 MOUNT HOLLY, N.C. (WTVD) -- The State Bureau of Investigation is investigating after a North Carolina police officer was killed in a Friday morning shootout near a car wash.

Authorities told ABC-affiliate WSOC the shooting happened around 3:30 a.m. at the Mount Holly Car Wash and Arcade in Belmont.

Charlotte-Mecklenburg police said the shooting broke out after Mount Holly police officers confronted an armed suspect while responding to a breaking and entering call. Three people were injured in the shooting -- among those was 25-year-old Mount Holly officer Tyler Avery Herndon. He was taken to the hospital with serious injuries where he later died.

Herndon had been an officer with the Mount Holly Police Department for less than two years. He would have turned 26 on Sunday.

The suspect, identified as 24-year-old Joshua Tyler Funk, was also shot, but only suffered a minor injury, police said.

Funk is being charged with first-degree murder.

Authorities have not identified the third person injured in the shooting, nor the severity of their injuries.

"Our prayers are with family and friends of Mount Holly Police Officer Tyler Herndon who was killed in the line of duty this morning protecting the community he loved," said Gov. Roy Cooper. The governor said he reached out to both Herndon's parents as well as Mount Holly Chief of Police Don Roper to express his grievances.

House Speaker Tim Moore, R-Cleveland, also spoke on his dismay about the news.