Cary man struggles to get back $7,400 that the VA took out of his deceased mom's bank account 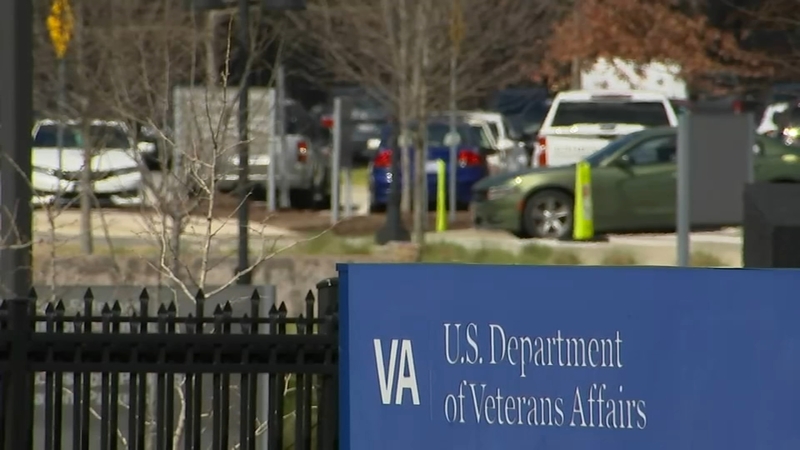 Cary man struggles to get back $7,400 the VA mistakenly took

CARY, N.C. (WTVD) -- Red tape is preventing a Cary man from getting thousands of dollars that the U.S. Department of Veterans Affairs wrongly took from his deceased mother's bank account.

After months of roadblocks, Chuck Porter got in touch with Troubleshooter Diane Wilson for help.

This money relates to Porter's mom, who passed away in July of 2020. She was receiving monthly VA benefits as a surviving widow of a combat veteran. The VA kept sending those monthly benefits despite her passing away.

"I had called them three or four different times, asked them to stop benefits. On the first call, they said they needed a death certificate. I did send that in, and it was 10 months or so into this process they're still sending benefits to her," Porter explained.

After 11 months, the VA did stop sending the money, but now that money needed to be paid back to the VA, so chuck sent a check from his mom's estate to cover what was owed.

"I got a letter from the VA saying we received the check, your debt is free and clear," Porter said. At that point, he thought everything was over and settled.

However, weeks later, the VA went into Porter's mom's account and took the money again.

"Now it's a negative balance. So now they owed me $7,400 back into that account to make it even," Porter said.

Porter said for more than a year he went back and forth with the VA about the money owed and couldn't get it resolved.

"Always seem to get different answers every time you call. Every time you write to them get letters back. It's very frustrating."

Porter reached out to Troubleshooter Diane Wilson and Wilson got in touch with the US Department of Veteran Affairs. The department thanked us for bringing this to its attention and said representatives are working to resolve this with Porter and the bank involved.

It still took some time, but Porter finally got results. He said to Wilson, "It's finally over I got the check. I deposited it in the account. I also want to thank you and your team. Nothing was getting done until they received the media inquiry."

Porter said it's a relief to finally have this headache over and some closure. The best advice is to do exactly what Porter did, keep all of your paperwork and notes to prove what you're owed, and don't stop fighting until you get it.
Report a correction or typo
Related topics:
personal financecarywake countyabc11 troubleshootermoneyveteranspersonal finance
Copyright © 2022 WTVD-TV. All Rights Reserved.
ABC11 TROUBLESHOOTER
Is your home prepared for hurricane season?
Troubleshooter tops $6M recovered for viewers
Scam Alert: You will lose your AC if you don't pay up
Falling for this fake package delivery notification could cost you
TOP STORIES
Two people facing charges in connection with Raleigh murder case
Wake County homes left damaged by severe weather Wednesday
UK Prime Minister Boris Johnson expected to resign
Surging child care costs force difficult decisions
Hundreds more Fort Bragg soldiers return from deployment
Gas prices could fall under $4 soon, analyst says
Gov. Cooper signs Executive Order to strengthen abortion access
Show More
First case of monkeypox confirmed in Wake County
Man charged in shooting death of child, adult at Raleigh apartment
St. Augustine's luring west coast students with the HBCU experience
Triangle area on the lookout for spotted lanternfly
Companies hiring more teen workers to fill gap, according to data
More TOP STORIES News