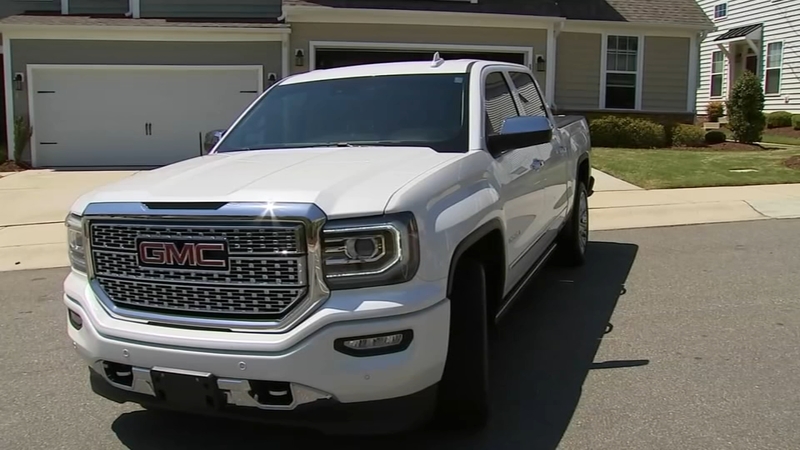 Driver struggles to get permanent tags for truck bought on Vroom

RALEIGH, N.C. (WTVD) -- Imagine buying a new car but not being able to drive it. Justín Haith faced that exact problem for nearly a year after buying a truck from an online car dealer.

"We love this truck. We're ready to drive it," Haith said. Haith bought it from Vroom in June of 2021; shortly after the truck arrived problems started. "Delivered right to the door on time. It was really easy that part was easy," said Haith.

The not-so-easy part was getting the permanent tag and title.

"They even told us everyone's running behind and if you get pulled over, they won't take it because everyone is behind. Well, we were driving around for a little while but no, we got pulled over." Haith said the officer gave them a warning and told them to park the truck until Vroom sent the permanent tag.

But that never happened. Instead, Vroom just sent another temporary tag.

"That (new temporary tag) expired last month. So for the past 30 days -- up until, what this week? -- we've not been driving it," Haith said.

Calls and emails to Vroom got Haith nowhere. So Troubleshooter Diane Wilson stepped in to try to get in touch with Vroom; soon thereafter, the company reached out to Haith.

"You have gotten results the same day," Haith said to Wilson. "You contacted Vroom, I received an email and all of a sudden, now there's a rental car reservation, which is great because we can drive for the next 30 days. But we still need a title."

Haith is not alone as the NC Attorney General has more than 50 complaints filed involving Vroom since 2020, many dealing with delays in getting tags and titles.

Vroom released the following statement to ABC11:
"We regret any customer not having the positive experience Vroom strives to deliver. We are aware some customers, including Justín, are experiencing delays in receiving their titles and registrations. We are actively working with Justín and other customers to resolve their issues as quickly as possible, so they can fully enjoy the vehicle they purchased from us."

As for Haith, it took some time but Vroom worked it out. Haith now has the title and tag and it's now legal to be driving on the road. Haith said to Wilson, "Thank you for all your help."