More rain is on the way for California, where flooding has turned communities into lakes. The storm weather has left at least 19 people dead.

CALIFORNIA -- Storm-battered California -- still reeling from weeks of deadly flooding, mudslides and rescues -- is being hit with more rainfall over the weekend, CNN reported.

An unrelenting string of atmospheric rivers -- long, narrow regions in the atmosphere that can carry moisture thousands of miles -- have turned communities into lakes, crippled highways and prompted thousands of evacuations, including earlier this week. At least 19 people have died as a result of the storms.

Two more are pummeling the state this weekend.

"This isn't over; we must remain vigilant. Stay safe, make the necessary preparations, and limit non-essential travel," Gov. Gavin Newsom said in a statement. "Floods, landslides, and storms don't care who you are or where you live -- it'll hit you just the same. We have lost too much -- too many people to these storms and in these waters."

More than 25 million people were under flood watches Saturday night across much of California's central coastline, as well as the Sacramento and San Joaquin Valleys.

A slight risk of excessive rainfall -- level 2 out of 4 -- is in place for areas along the California coast, the Transverse Ranges, and the foothills of the Sierras where up to 3 inches of rain could lead to flooding and mudslides, the National Weather Service said.

Residents in Monterey County, on California's Central Coast, were ordered to evacuate low-lying areas of the Carmel River Saturday afternoon. Sacramento County officials ordered residents of the Wilton area to flee -- once again -- due to an anticipated rise in the Cosumnes River.

President Joe Biden on Saturday approved California's request for a disaster declaration, freeing up federal aid to supplement recovery efforts in areas of the state affected by storms, flooding and mudslides since December 27, the White House said.

"This federal aid is key to recovery efforts so Californians can get back on their feet faster," Newsom said in a tweet thanking Biden for approving the declaration.

The first system of the weekend arrived at California's coast Saturday afternoon and was expected to move inland, bringing heavy rain across the state "as another surge of Pacific moisture streams ahead of the main cold front," the National Weather Service said.

Lighter rainfall is expected to continue Sunday, before another "ramp-up" late Sunday into early Monday ahead of a second system, the weather service said.

The new round of heavy rainfall comes after numerous areas already saw 50% to 70% of the amount of precipitation that they would usually get in a whole year in 16 days.

San Francisco has recorded one of its top 15 wettest winters on record.

Newsom said it was just weeks ago that authorities in Southern California extended a drought emergency to millions of residents. Now, the state is inundated with rain.

"By some estimates 22 to 25 trillion gallons of water have fallen over the course last 16-17 days -- the stacking of these atmospheric rivers the likes of which we've not experienced in our lifetimes," the governor said. "The reality is this is just the eighth of what we anticipate will be nine atmospheric rivers."

'The grounds are overwhelmed'

Though this weekend's rainfall totals will be less than in previous storms, the threshold for flooding is much lower now because the ground is too saturated to absorb any more water in many areas.

"The challenges will present themselves over the course of the next few days rather acutely, particularly because everything's saturated, particularly because the grounds are overwhelmed." Newsom said. "What may appear less significant in terms of the rainfall may actually be more significant in terms of the impacts on the ground and the flooding and the debris flow."

Widespread rainfall totals through Monday will range between 2 to 3 inches along the coast and interior valleys, with 4 to 6 inches possible for the San Francisco Bay area and the nearby Santa Cruz and Santa Lucia mountains. This will likely lead to a few instances of flooding as well as mud, rock and landslides.

River flooding is also a major concern, particularly around the Russian River in Northern California and the Salinas River near Monterey.

Monterey County officials warned this week that flooding from the rising Salinas River could turn the area into an island and cut it off from essential services.

To the east, in Merced County, crews rushed to place rocks in the Bear Creek area ahead of the storm's arrival, worried that high-water conditions could continue to erode the levee and eventually lead to levee failure in the downtown area of Merced.

Storm hampers search for 5-year-old swept away by floodwater

The storm is hampering the continued search for 5-year-old Kyle Doan, who was pulled from his mother's hands by rushing floodwater on Monday.

"The water levels continue to rise in the area and the weather conditions are unsuitable for any type of search activity today ... The search will continue when weather and conditions allow," the San Luis Obispo County Sheriff's Office said Saturday.

The child and his mother were on the way to school Monday when floodwater overwhelmed their SUV. The mother managed to remove Kyle from his car seat and held onto him but their hands slipped and they were separated.

The mother was later pulled safely out of the water. But Kyle has not been found.

Members of the San Luis Obispo County Sheriff's Office Dive Team, the Sheriff's Search and Rescue Team, and California Highway Patrol air units were looking for the boy. Troops from the National Guard were previously involved with the search but have since been released from the mission. 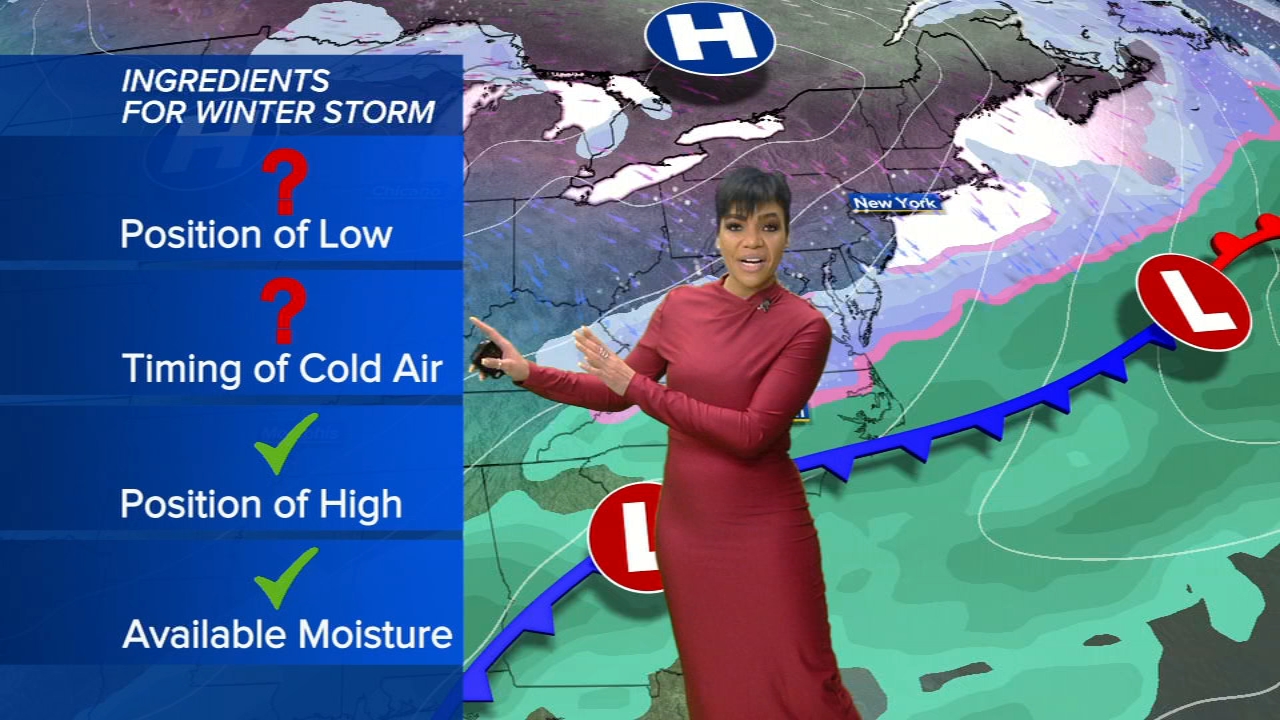 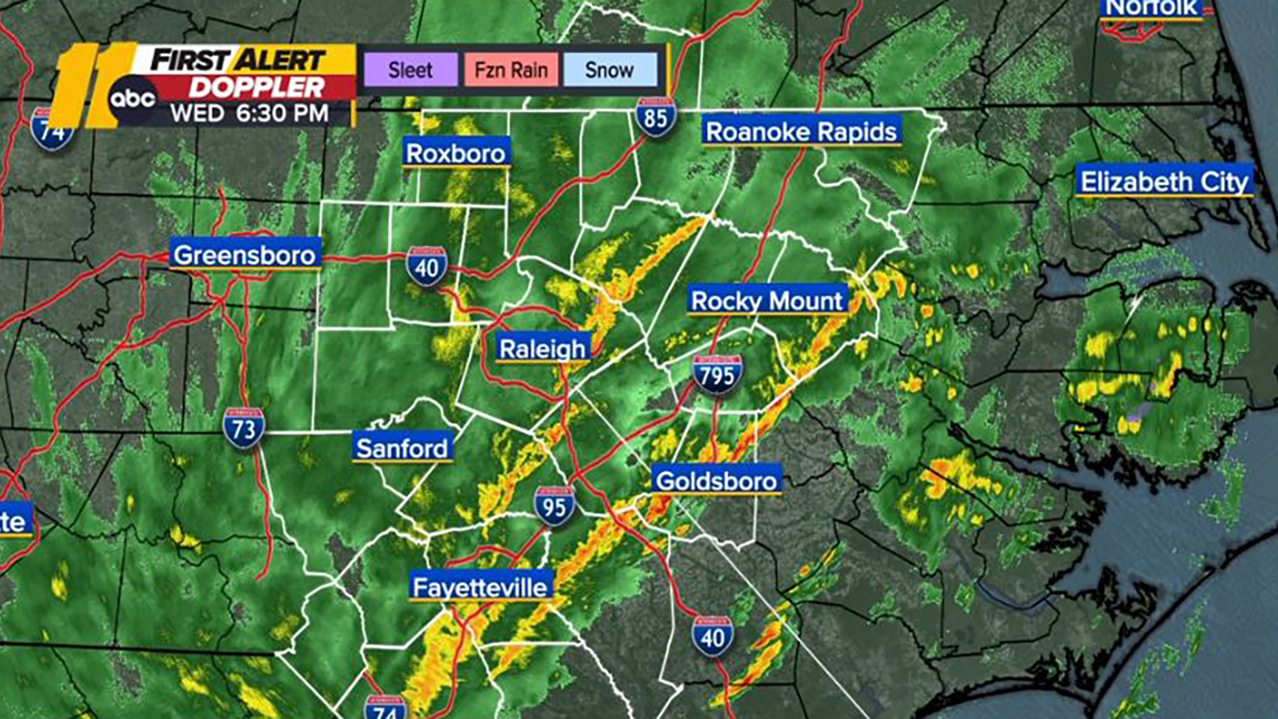