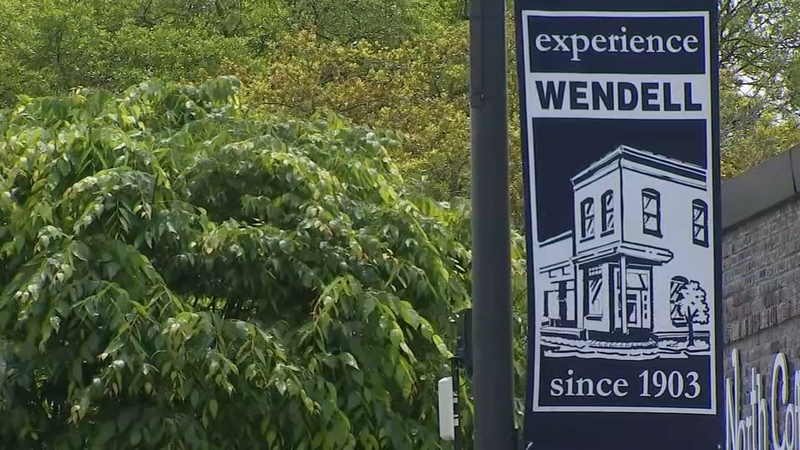 WAKE COUNTY, N.C. (WTVD) -- Wake County is growing and no, not just in Raleigh.

Eastern Wake County towns such as Wendell, Rolesville, and Knightdale are seeing some of the biggest average increases in population, far outpacing the capital city and those due west.

"One thing that's exciting is we're starting to see growth happen in an area of the county that had not been experiencing that since probably 2000," said Sharon Peterson with the Wake County Long Range Planning Administrator.

"If you're in a situation where you may not need to be close to a job center that gives you some options into where it is you actually live within the county," she said.

As for developers, Peterson said they're flocking to the more rural areas where land is cheaper.

In Rolesville, KDM Development, the same developer behind north Raleigh's Lafayette Village, is planning to break ground on a $55 million mixed-use development in the heart of downtown.

"You're not far from Raleigh, but you get the opportunity to enjoy the countryside," said Kenyon Burnham the vice president of KDM Development. "You come into a community that's in need of a downtown element, a gathering place, and it makes for a really profitable, financially stable project, something people really like to see."

RELATED: 'Never seen anything quite like this': Zillow reports 31% of Raleigh homes sold above listing price in December
EMBED More News Videos

Cobblestone Crossing, slated for completion in 2023, will include 182 apartments, 50,000 square feet of retail space, and a municipal building.

Burnham said his company, with projects up and down the east coast, has shifted its focus exclusively to the Wake and Durham County region and is not looking to develop anywhere else.

Right now, KDM has its eye on Smithfield Rd. in Knightdale for another mixed-use development.

"This is the fastest-growing area in the entirety of the country," Burnham said. "Most importantly, the local government officials, they're pro-development, they'll work with you."

In Wendell, a town ripe for development as the third fastest-growing municipality in the state according to Census data, Wake County Commissioners are spending $1.08 million to preserve 119 acres near downtown for open space.
"Quality of life is a big issue here and it's one of the reasons people move to this area," said Chris Snow, Wake County Parks, Recreation and Open Space director.

Snow said the purchase of the Wake Equity land which is adjacent to the existing Town of Wendell Community Park was strategic as it sets up the possibility for park expansion and perhaps even Greenway connectivity.

"I think people like that," said Snow. "They want places to walk and take their kids to allow them to play. 119-acre parcels are not the norm in Wake County anymore. They are getting developed, so when you can get a hold on 119 contiguous acres, it's a good thing."

It's that quality of life that Peterson said is drawing about 42 people a day to move to Wake County and she aims to maintain it.