WTVD
By Ed Crump
WAKE COUNTY, N.C. (WTVD) -- A Wake County woman has been charged with animal cruelty after animal rescuers say her neglected Yorkie was found covered in its own waste.

"This is the worst neglect case I've ever seen," Chris Hughes told ABC11.

And that's saying a lot because for the past decade Hughes and his wife, of Schenectady, N.Y., have run "The Mr. Mo Project," an animal rescue that specializes in elderly and infirm dogs. The couple has handled more than a thousand cases.

He said he often takes cases from Wake County and this case was reported in early January.

"Someone from some sort of service that went to the house to do work there I believe ended up seeing the dog in the crate and called animal control," he said.

Wake County deputies went to the home and charged the woman who lives there, 61-year-old Chris Wright, with animal cruelty.

Wright is a teacher at Cedar Creek Middle School in Franklin County. According to principal Bart Elliott, she was suspended with pay started Thursday night.

Principal Bart Elliott of Cedar Creek Middle School left this voicemail for parents of students at the school after a teacher was suspended and charged with animal cruelty.

"As a parent, I understand this news is upsetting," Elliott said in a voicemail to school members. Elliott went on to say that any student struggling to cope with the news should not hesitate to reach out to school administrators for help.

According to the citation, Wright left the dog in its kennel, allowing feces to become entwined in its hair for months, causing physical damage to the dog's skin and muscle tissues.

ABC11 went to the home Thursday to get her side of the story.

A man who identified himself as her husband came to the door and said she was at her teaching job.

Hughes says he doesn't know the woman but added, "I have no idea what could have caused her to just put this dog in a crate and forget about it and walk past that dog every day and be able to say to myself, 'OK, I'm going to go to sleep.' And not think you are doing something wrong."

He said the hair around the dog's snout was so entangled she couldn't eat.

"Josie's mouth was basically forced shut from matting hair around it," he said.

And he says by the time she was rescued, she was so weak she didn't have the will to survive even after being transferred from the Wake County animal shelter to the NC State vet school.

When the decision was made to put her down, Hughes hopped on a plane and flew to Raleigh.

"I was able to at least hold her in my arms for five minutes or so and give her the love that I don't think she ever really got," he said.

Hughes says he's appalled that Wright is only charged with a misdemeanor and says animal cruelty laws in North Carolina need to be stiffened.

Hughes' organization has sold more than 500 "Justice for Josie" t-shirts. He says he expects many people will show up wearing them at Wright's March 26 hearing at the Wake County Justice Center. He plans to be here as well.
Report a correction or typo
Related topics:
wake countyanimal crueltyanimal abusedog
Copyright © 2021 WTVD-TV. All Rights Reserved.
ANIMAL CRUELTY 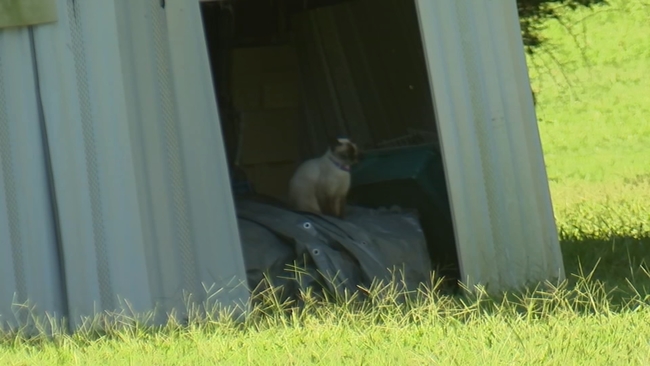 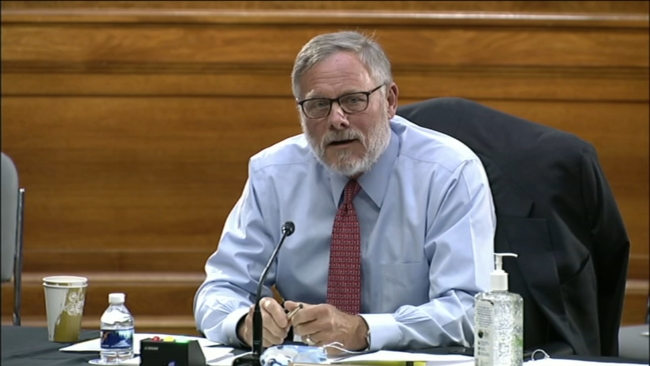