WTVD
By Josh Chapin
RALEIGH (WTVD) -- The streets of Downtown Raleigh are still not normal amid the COVID-19 pandemic.

Kimbrell's is closing its Fayetteville Street location after more than 70 years.

The Flying Mayan also said it will keep its taco shop on the same street closed for the rest of the year.

"It's been really hard," said Will Alphin, owner of the Foundation, also a staple on Fayetteville Street. "I think the biggest thing for us was not understanding how long it was going to be going on."

Will and his business partner made a bet 11 years ago that the area would come back and they bet right. He said they're optimistic it will come around again.

"The things that have happened are kind of unprecedented in recent history and we'd love to see an unprecedented response from city government, from the downtown Raleigh Alliance," Will said.

The Downtown Raleigh Alliance has rolled out a grant program to help businesses pivot. The grant is up to $5,000 for things like expanded dining and building out e-commerce sites.

In the meantime, they said they have seen a more than 30 percent jump in pedestrian traffic from July to August. The alliance also said 85 percent of the plywood downtown is down and hotels recently had their best occupancy since March.

"Prior to the pandemic, downtown was a really strong market," said Bill King, president of the Downtown Raleigh Alliance.

Pam Blondin owns Deco downtown and said she had to double check her books when she saw better numbers this past weekend than the same weekend in 2019.

"It's been a tough year to be an optimist, I would say," said Pam, who's also the chair of the board of the alliance. "It's unfair to single out downtown Raleigh as being worse than anywhere else."

Will at Foundation said he's doing what it takes to keep the lights on.

"A global pandemic is going to be responsible for ending a lot of things," he said. "We're just trying to hang on, we think we can, we think we have more to say and more to do as a business."
Report a correction or typo
Related topics:
businessdowntown raleighraleighwake countyncbusinesssmall businesscarolina comebackcoronavirusshoppingraleigh newscovid 19 pandemic
Copyright © 2020 WTVD-TV. All Rights Reserved.
RALEIGH NEWS 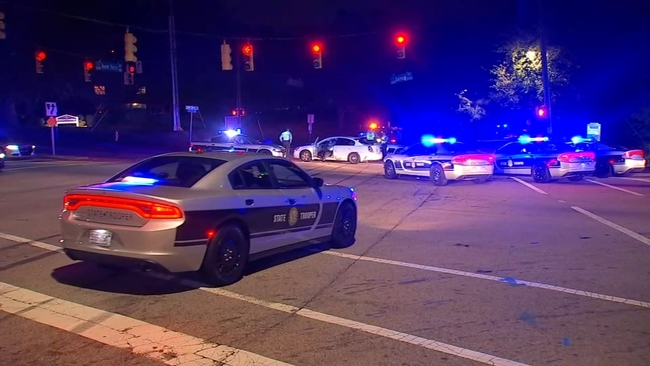