No charges for Raleigh police officers in I-440 shooting of driver after crash, Wake County DA says 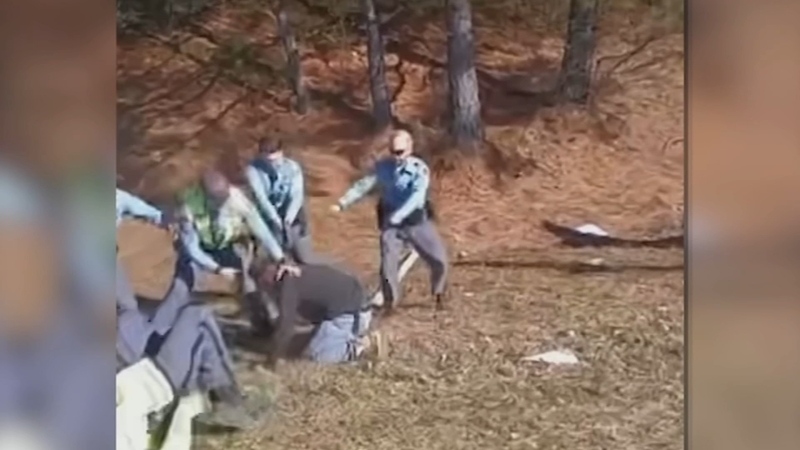 RALEIGH, N.C. (WTVD) -- No charges will be filed against the officers who shot and killed a man in Raleigh after a road-rage crash earlier this year.

On Jan. 11, Raleigh police officers responded to a rollover crash on the beltline.

Investigators said Daniel Turcios hit two cars before crashing his own car with his family inside.

The report, released Wednesday, said Turcios, a father of three, was armed with a knife and refused to let go of one of his children.

Officers first used a Taser but Turcios recovered from the effects and struggled with officers. They shot him when he refused to drop the knife.

"As the North Carolina Supreme Court has observed, the calculus of reasonableness must allow for the fact that police officers are often forced to make split-second judgments in circumstances that are tense, uncertain and rapidly evolving," the report from District Attorney Lorrin Freeman said.

Kerwin Pittman, a community activist, said he is not surprised when Freeman declined to charge the officers.

"I think these particular cases speak to a larger problem at play and it is the continuum of the use of force," Pittman said.

He said he believes a policy is needed that brings in people who can deal with crises instead of just having law enforcement there.

"The meat and potatoes of this policy will be in the training, and that's where community input needs to be at the table helping to craft the training but also helping craft the policy," Pittman said. "Until we see a different model at play as far as intervention, then we will see what we see and continue to get Lorrin Freeman declining to press charges against these officers."

Pittman said he felt the officers seemed to "abandon" the training of de-escalation and crisis intervention training that they're supposed to be putting in play at the time."

"They could start out with good intentions but if the end result ends in somebody losing their life then it's still a shame, it's not a save," he added. ""Raleigh has to get to a place and RPD has to get to a place where they value lives as the top priority."
Report a correction or typo
Related topics:
raleighofficer involved shootingdashcam videoi 440taserdriver killedraleigh policeroad ragebody cameras
Copyright © 2022 WTVD-TV. All Rights Reserved.
TOP STORIES
Wake County continues to scale down COVID-19 testing sites
Is your home prepared for hurricane season?
Fireworks dazzle over Dix Park, downtown Raleigh for Fourth of July
Enthusiastic crowd greets return of Fort Bragg's July 4th celebrations
Renters struggle to find apartments in hot housing market
Brittney Griner writes letter to Pres. Biden pleading for his help
2 police officers shot during July 4th festivities in Philadelphia
Show More
Highland Park parade shooting victims range in age from 8 to 85
Person of interest taken into custody after 6 killed in IL shooting
Don't celebrate July 4 by shooting guns, police warn
Dix Park becoming premiere spot for big events
In Raleigh, people observed this July 4th in different ways
More TOP STORIES News