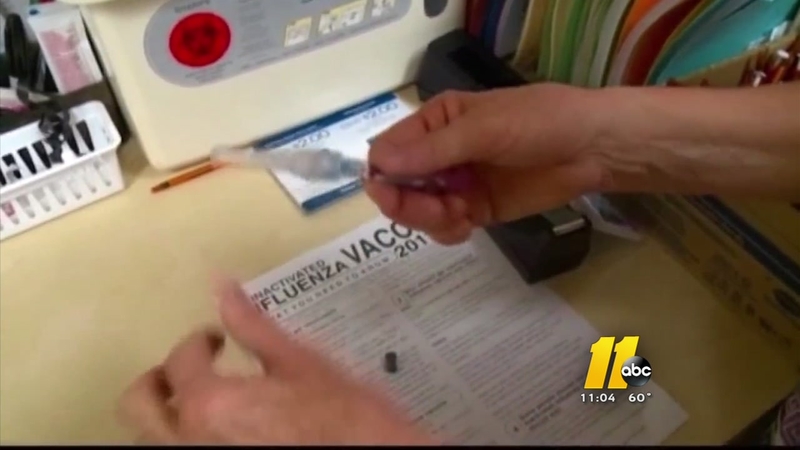 Flu deaths on the rise

RALEIGH, North Carolina (WTVD) -- New numbers from the North Carolina Department of Health and Human Services released on Thursday show another 17 people died from the flu this season.

These people died between February 26 and March 4. This brings the total number of reported deaths from the flu this season to 83.

The latest information from the state DHHS released Thursday shows all 17 deaths were adults. There had been pediatric deaths in four of the five previous weeks.

Dr. Moore said the vaccine and antiviral drugs out right now do cover several strains and so far they have not heard of any reports of drug-resistant strains. He does, however, point out that even with the vaccinem your risk of flu infection is still only cut by half.