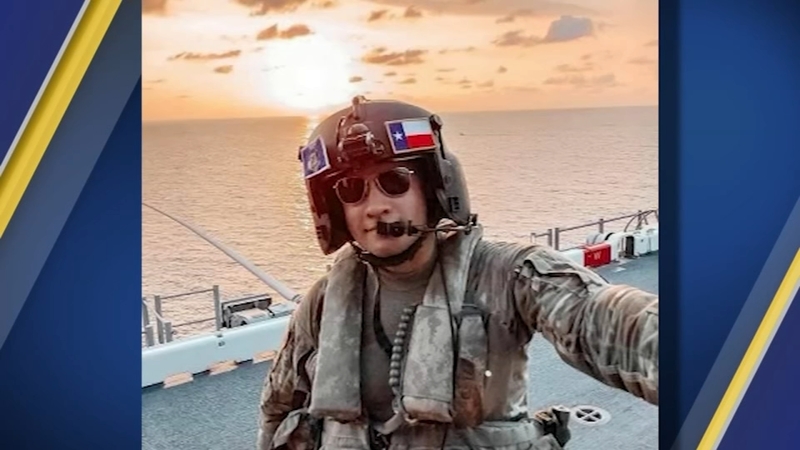 FAYETTEVILLE, N.C. (WTVD) -- Memorial Day is not a holiday for David Ramirez and his family. His nephew Chief Warrant Officer 3 Dallas Garza was killed in a Blackhawk helicopter crash in Egypt in November 2020.

He is remembering his nephew watching videos Garza shared with him from his travels while serving our country. His death inspired his uncle to work with homeless veterans.

He is keeping Garza's memory alive by collecting testimonials from friends who served alongside his nephew. He plans to show the book to Garza's children one day.

There's a piece of Garza in Fayetteville at the U.S. Army Airborne & Special Operations Museum. His childhood friend Vanessa Lacovone led an effort to raise money and purchase pavers in his memory.

"He's right here where the coins are. Having that says a lot," said Lacovone pointing to the paver. " A nickel for someone served with him in basic training. The dime, which I put means you served together. We served in Afghanistan. The penny means someone knew him and a quarter is someone was there when the accident happened."

Lacovone is a Gold Star daughter. Her father also has a paver at the U.S. Army Airborne & Special Operations Museum. She paid tribute to her father, Garza and the other service members who never made it home.

"It's a good feeling because even though he's laid to rest in San Antonio, people that knew him here at Fort Bragg with families coming in and out all over the world they will come here at one point, especially in the aviation world. They know there's a piece of him here and they can come pay their respect here. It's a blessing."