Six months after George Floyd's death, what has changed for local police departments? 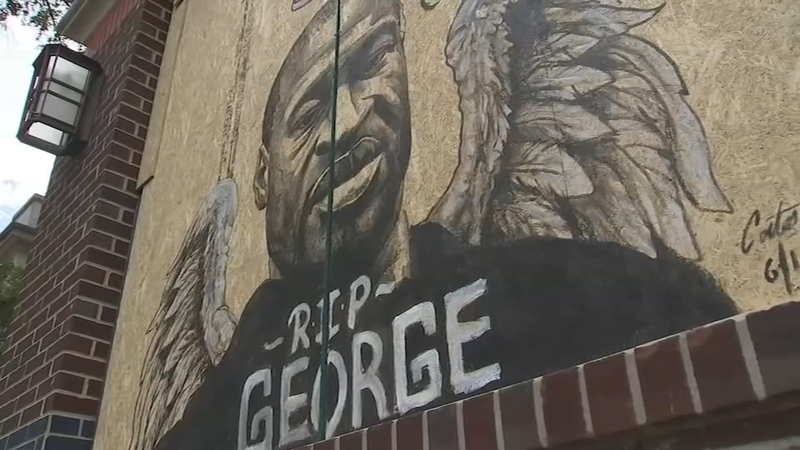 On May 25, the video of Minneapolis police officer Derek Chauvin kneeling on the neck of George Floyd shocked the nation.

In the aftermath of Floyd's death, citizens across America took to the streets to demand police reform and accountability. Now more than six months after Floyd's death, the ABC11 I-Team sat down with North Carolina advocates and law enforcement leaders to reflect on the change that's occurred.

Many of the sweeping changes advocates called for in the streets, including defunding departments, have not been actualized, however many said foundations are being set for further action in the future.

Across central North Carolina, police departments have reviewed their policies, community leaders have heard from advocates and some cities have adopted police advisory boards.

Both advocates and police leaders agree that Floyd's death opened the door for tough conversations between police and the community.

"I think the progress that we've made and what I think we should be most proud of is the fact that we have raised the awareness on an issue that is critical to Black and Brown communities and done it in a way where we have been able to really control the narrative and not allow someone else to tell our story," said Dawn Blagrove, the executive director of Emancipate NC.

While these dialogues existed previously, the players and the need have intensified.

"I can't tell you how proud I am of the chiefs in our area and how they are working together. They hear us and they understand it. They're human beings and they live here in our community and I'm proud of them for just being able to listen because that's the hardest part," Givens said.

Givens said one possible consequence of these dialogues is a decrease in NAACP complaints. Givens said last year his chapter of NAACP received 70 complaints. This year, he said that number is cut in half.

"I think many portions of our community have run out of patience with us and you know good intentions not backed up by actions can wear thin particularly where you see incidents that rightfully concern citizens happening over and over again. It's reasonable for some portion of your community to become inpatient," explained Chapel Hill police Chief Chris Blue.

Floyd isn't the first death at the hands of police that sparked national attention over police reform.

Givens went to the same high school as Michael Brown who was fatally shot by a police officer in Ferguson, Missouri in 2014.

"Wow, it's six years since Michael Brown and here we are six months after George Floyd and we still are talking about police accountability and police reform, it just goes to show just how difficult it is to change this situation and to uproot the injustices that we see in our society," Givens said.

The Fayetteville PACT has pushed for years for an independent police oversight committee, while conversations have resumed recently, such a board does not exist.

Fayetteville Mayor Mitch Colvin did create two committees to provide more oversight for the police department and to review city-wide policies on race and social equity.

Police Chief Gina Hawkins said her department updated its duty to intervene policy, offered racial equity training and is in the process of reviewing all its policies.

"You don't want to say we did change just to do a ticker marker of change, it needs to be really truly occurring in practice. You can have a policy all day that says something but in practice are you operating in that policy, it's another big difference," Hawkins said.

Moving forward, Hawkins said she expects real change to come from engaging with and educating the community. She said she's open to policy changes and community feedback but she also believes people need to understand how the department works.

Over the summer, Department of Public Safety Secretary Erik Hooks called for all state police agencies to review their use of force guidelines.

In June, the Raleigh city council signed on to the "8 Can't Wait" strategies to reduce police use of force.

"Our policy speaks to chokeholds and lateral vascular neck restraint as a significant use of force and could be considered as a use of deadly force. Referenced in our policy, is to avoid it but it does not ban it," said Raleigh Police Chief Deck-Brown said in June. "Today, we will begin recrafting this policy to ban chokeholds and strangleholds."

Many law enforcement officials said true change comes from realizing police departments are only one part of the criminal justice system.

"Thinking about what safety really means and what are the upstream interventions that can address an awfully lot of community issues that when unaddressed find their way to a police officer," Chief Blue said.

Blue said continual participation from all members of the community is needed to make change locally.

"If you don't trust us, then this badge isn't worth very much and you only build that trust by understanding each other and understanding what your community wants and understanding why the police department may behave a certain way and there may or may not be a way to inform that but you've got to start with some discussions," Blue said.

When looking ahead to the next six months, these are some actions both law enforcement leaders and advocates would like to see:


As advocates look into 2021, many hope concrete police are in place to create equity and accountability.

"I hope that we are in a place where we are having real conversations and seeing real impact as it relates to municipal budgets and the way that they're funding law enforcement and that we are taking some funds away from law enforcement and reinvesting those funds into the communities so that people do not end up in this cycle of poverty that leads to crime," Blagrove said.