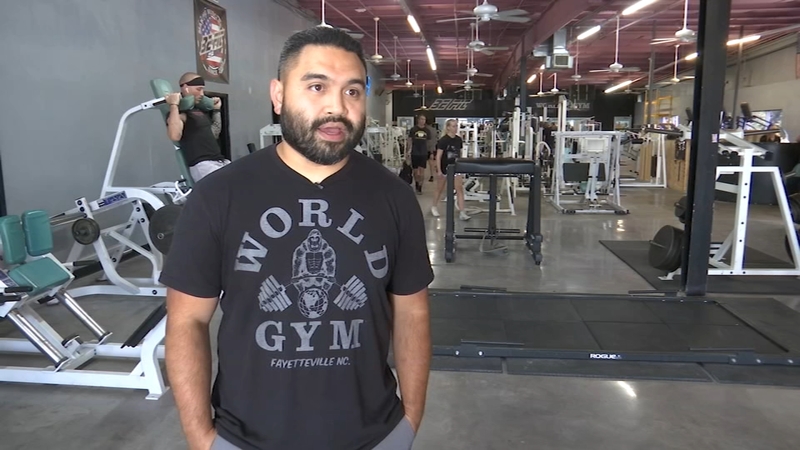 Brian Limtiaco, the owner of World Gym in Fayetteville, said he's seen a large influx of members, since Phase 2.5 started on September 4. Limtiaco said many of the new additions are active military members from Fort Bragg.

"I feel like we're helping them out a lot. Helping them stay in shape, healthy, you know. To me, that's the number one thing as far as preventing any illness," Limtiaco said.

However, this influx isn't a solution for the months they were impacted by closures and the ongoing pandemic. Limtiaco told ABC11 they haven't had any relief from bills or rent.

"We did get where they were offering the deferment, but like, might as well pay them now," Limtiaco said.

When Limtiaco heard about Governor Roy Cooper's announcement regarding more funds for small businesses, he mentioned that more help should've been offered for business owners who have already had to permanently close down. Limtiaco said he intends to throw his hat in the ring and try to get some much needed help.

"It'll definitely help us out, haha. See what we can qualify for," Limtiaco said. The long time owner said he missed out on the two rounds of the Paycheck Protection Program.

"Yeah, we couldn't stay closed any long; all the bills were accumulating. So, yeah, it's a good thing," Limtiaco added.

The N.C. Mortgage, Utility and Rent Relief, or MURR, can provide up to $20,000 to a business, according to a state press release. This relief will be directed to establishments, like Limtiaco's, that have needed to remain closed for the majority of the year. Other eligible operations include movie theaters, bowling alleys and bars.

For those looking to apply, it'll be a first come, first serve basis. You'll need to prove you were closed between April 1 and July 31. In addition, you'll have to show that you will remain operational past the COVID-19 crisis and have not received reimbursement by any federal source for any similar expenses.