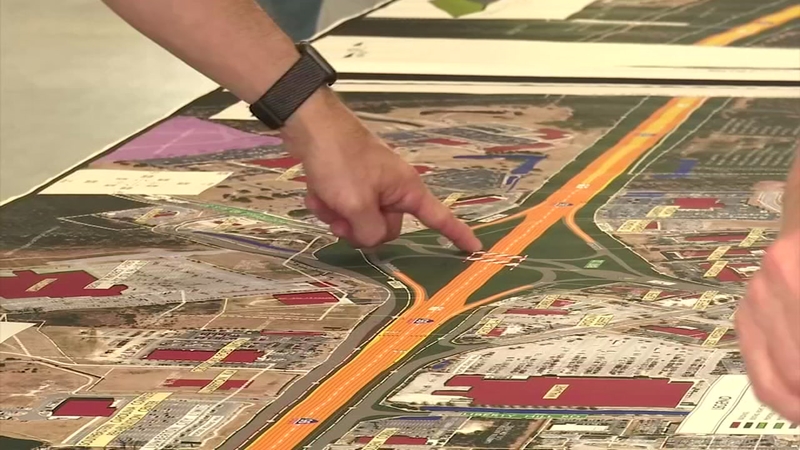 First look at I-95 widening plan

CUMBERLAND COUNTY, N.C. (WTVD) -- An upcoming $450 million widening project on a portion of I-95 is on the horizon for some Cumberland County residents.

The widening plan, according to NCDOT, will stretch 19 miles between Lumberton and Hope Mills.

Dozens of locals showed up to get their first glimpse of the the project.

Some of those renovations include replacing nearly every bridge and overpass, along with adding two lanes in each direction.

Lumberton resident Dexter Jones said the busy highway is in need of an upgrade.

"95 is overworked and it's been that way for way too long. Should've been done years ago," Jones said.

NCDOT said about 63,000 drivers pass through parts of the interstate on a daily basis.

"It's a really good chance to modernize the interstate. This is one of our oldest sections. It was built over 50 years ago," NCDOT Spokesperson Andrew Barksdale said.

With the upcoming change, several residents we spoke to shared their concerns about the noise factor and losing pieces of their property.

"In some cases, we're going to take some extra farm land, but we really don't have the impacts of property,' Barksdale said.

For Jones, the upgrades can't get here soon enough.

"By the time it's probably finished, I won't even know what an interstate is," Jones said.

While others know it's coming no matter what.

"There's nothing I can do about it. So if the powers to be think it'll work, we'll see," Lumberton resident Glinda Revels said.

NCDOT will hold its second public meeting in Hope Mills on Tuesday afternoon.