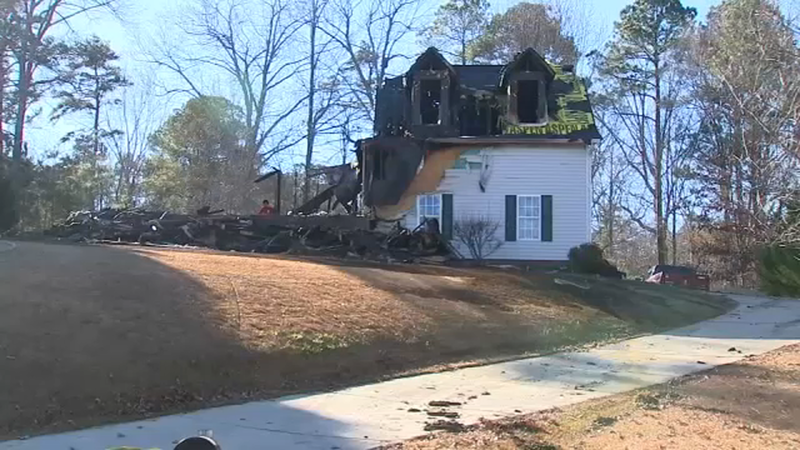 GARNER, N.C. (WTVD) -- A tense situation erupted in flames in Johnston County on Friday night after neighbors called the police to report a homeowner was in his front yard with a gun.

When deputies arrived at the residence in the 100 block of Foxglove Drive in Garner, the house was on fire.

A viewer captured this huge 🔥 on a street in Johnston County. Deputies had been called out here in the first place because a man was in his front yard with a gun. #abc11 pic.twitter.com/HDB7SriABw

Neighbors are still trying to get a sense of what happened.

The ordeal remains a bit of a mystery but it appears to have started with some kind of domestic dispute, according to authorities. Deputies told ABC11 the homeowner did appear to start the fire but said it is too early in the investigation to identify the man.

The homeowner's whereabouts are not known. No one was rescued from the burning home and the medical examiner has not been called.

Authorities found a body inside of the house Saturday evening and have not released any of the victims identification.