Sen. Kamala Harris to campaign in Fayetteville, Goldsboro this weekend 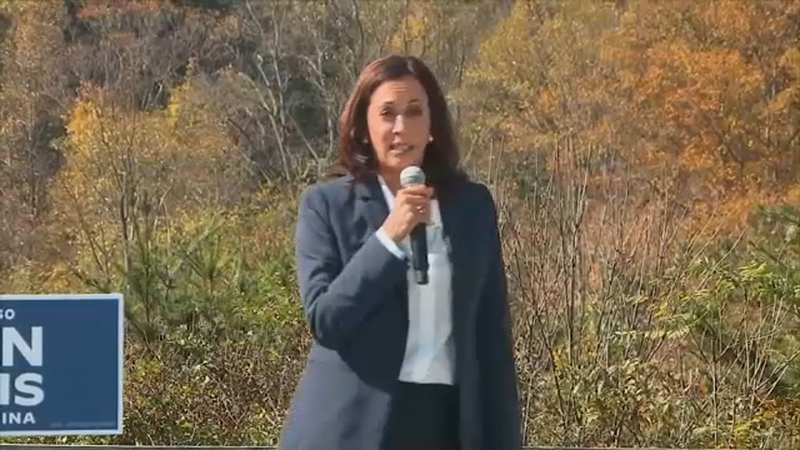 ASHEVILLE, N.C. (WTVD) -- Sen. Kamala Harris, the Democratic candidate for vice president, will be in North Carolina two days before the Nov. 3 election.

Harris has made multiple trips to the Tar Heel state, pitching to voters why she and Joe Biden should unseat Donald Trump and Mike Pence as the next leaders of the United States.

Her next trip to North Carolina includes stops in Fayetteville and Goldsboro. Those campaign events will happen Sunday, the day after early voting ends but two days before Election Day.

Biden and Harris are running neck-and-neck with Trump and Pence in North Carolina--a state Trump won by nearly 200,000 votes in 2016.

WATCH: Black artist commissioned by Biden-Harris campaign to create "get out the vote" mural in Durham

The campaign commissioned him and seven other Black artists to create inspirational murals for communities of color in battleground states Wisconsin, Michigan, Florida, Ohio, Georgia and North Carolina.

The Trump campaign has put a premium on winning North Carolina's 15 electoral college votes, saying that winning the state was vital to the president's re-election chances. Trump himself has made nearly a dozen campaign stops in North Carolina over the last couple of months.

President Trump held another rally in North Carolina on Wednesday.