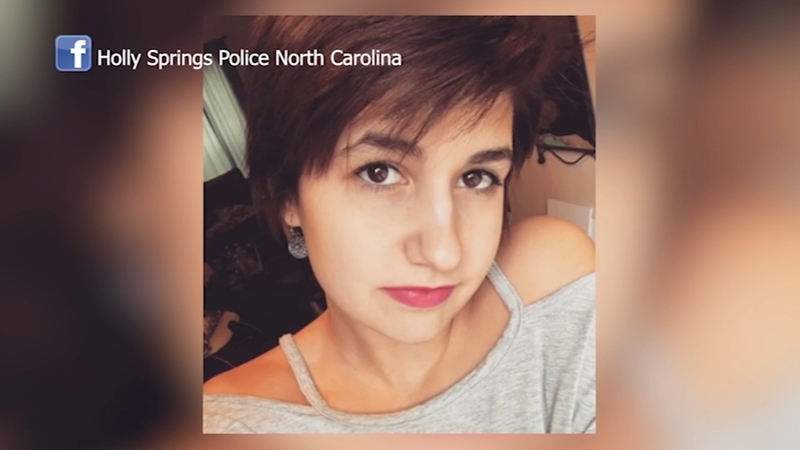 Police said Moynan's ex-boyfriend Brian Sluss, and his ex-wife, Jarlyn Sluss, are both considered persons of interest in the case.

Moynan's remains have not been found. Warrants released recently shed new light on why police believe she is dead.

The warrants -- which were signed and approved in August and first obtained Oct. 14 -- show that investigators found a positive pregnancy test and interviewed a friend of Moynan who confirmed that Moynan believed she was pregnant. Investigators also learned that she made, but failed to keep, an appointment at a women's health clinic in April.

"We believe that Monica being pregnant may have been a factor in the incidents that led up to Monica's death," the newly unsealed warrants read.

Holly Springs Police are asking anyone who saw Moynan just before or after April to reach out. #abc11

Holly Springs police officers have been actively investigating 23-year-old Moynan's disappearance since late July when her apartment manager and mother reported that they hadn't seen her in a while and were concerned for her safety.

Police previously searched Jarlyn Sluss' home in Garner. Police monitored the Sluss' communications and, according to one warrant, she asked him if police would ever find Moynan, to which he responded, "no."

ABC11 visited Jarlyn Sluss' home Wednesday but no one answered the door.

Authorities said the ex-wife also admitted to pretending to be Moynan in a call to apartment management.

Previously released search warrants showed that Brian Sluss had been driving around in her car and pretending to be Moynan in text messages to her family.

He told police he was using the car to transport their children, since it was the one that had the car seats. He also said he wrote to Moynan's family using her phone because he did not know how to tell them she was missing.

He told police he'd last seen her June 20, but that she had become addicted to drugs. He said he was trying to help her kick the habit, but she eventually texted him saying she couldn't do it anymore and he'd not heard from her since.

Sluss has a history of assault cases against him. Moynan had also taken out a Domestic Violence Protection Order against him.

Neither Sluss has been charged with a crime.