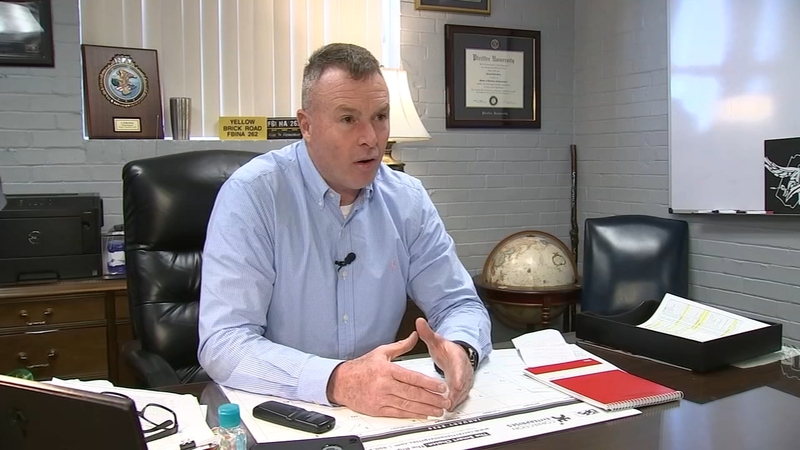 NASHVILLE, N.C. (WTVD) -- "Sabotage" was what Nash County Sheriff Keith Stone called a directive from the Nash County Board of Commissioners chairman that requires all sheriff's office purchases be pre-approved by the county manager and finance director.

The directive comes after the state mandated the Nash County Detention Center depopulate to no more than 56 inmates and fix some of its deficiencies.

During a special meeting of the Board of Commissioners Monday, Chairman Robbie Davis said of the directive: "Not to approve any non-essential items in our office of the sheriff moving forward. I'd like to ask the manager, if he has the authority, and I'm not sure (if) he does or not, that he and the finance director sign off on purchases in the sheriff's office because we've got to find the money to pay this without it coming from the taxpayers of Nash County."

Chairman Davis said moving the inmates to other jails to meet the state's deadline was costing the county $11,000 a day.

Sheriff Stone has called for vast improvements to the jail, which he said is dilapidated and has security concerns.

Chairman Davis said repairs to the jail and a possible addition should be enough to address problems.

The email sent from the finance director to the sheriff on Monday said items purchased without previous approval would not be paid for by the county.

Chairman Davis said Tuesday that is not correct and that the directive will not hinder the sheriff's office but rather adds another layer of accountability.

The email sent to the sheriff said fuel card use would not be affected and that the sheriff's office procurement cards -- similar to a credit card -- will be inactivated.

Sheriff Stone said supervisors have those purchasing cards and use them in a state of emergency. He said they submit receipts when they use the cards.
"Last year, we purchased most of our patrol cars with money generated by the sheriff's office," Sheriff Stone said. "And now for them to come in and say they spent such amount of money. It's disheartening. It's going to stop operations. This jail, as you could see in those pictures yesterday, did not start today. They might have started about the time the Commissioner become a County Commissioner. But it's been neglected and now it's (being) blamed on the sheriff's office."

Finance Director Donna Wood told ABC11 in an email Tuesday that the approvals for purchase would take less than 24 hours and there would be a quicker response in most situations. She said that in case of an emergency (life, health and safety), they would make exceptions.

"The email was in no way meant to halt required funds to the sheriff's office. It was simply to have another level of review to ensure that budgeted funds will be available to pay for housing our inmates offsite," she said.

The email says the following:

Effective Immediately (based on Board of Commissioners request as of 12/23/19):