"He said 'obey me, or else you will get killed,' and said he had a gun," the 11-year-old said.
WTVD
By Brooke Taylor 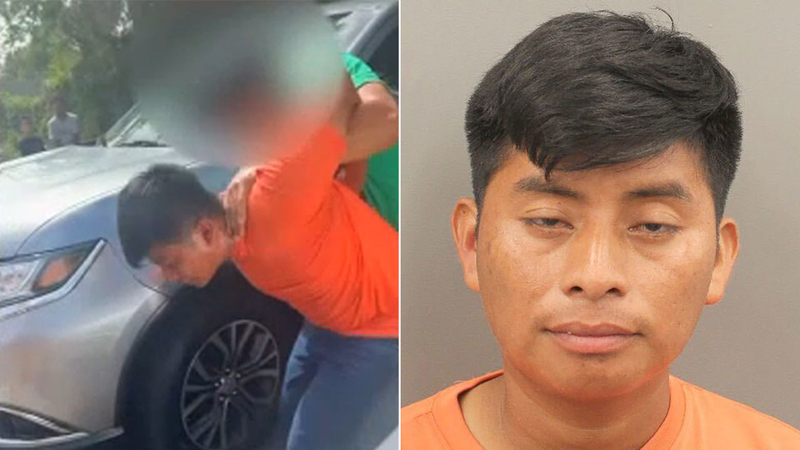 Neighbors hold down man after allegedly attempting to assault a boy

HOUSTON, Texas -- Neighbors in Houston, Texas jumped into action after an 11-year-old boy said a man lured him into his car, locked him in and attempted to sexually assault him.

The suspect, identified as 30-year-old Miguel Angel Cordero Ramirez, has been charged with aggravated kidnapping and is behind bars on a $250,000 bond.

The 11-year-old told our sister station KTRK-TV that he was doing laundry at his apartment complex on Tuesday afternoon.

That's when he said Ramirez approached him and asked if he could borrow the boy's laundry card, saying he was new to the building.

The 11-year-old said he went to ask for his mother's permission.

"She said yes because she was trying to help someone, you know?" the victim's sister said.

The suspect then asked the boy to help him get something in his car before pushing him inside, according to the victim.

The boy said he tried to fight off Ramirez, who was telling him to get into certain positions.

The 11-year-old suffered scratch marks on his face and arm.

"He grabbed my hands and tried to grab my phone and put it somewhere else but he forgot my hands were free," the boy said. "So I tried to open the lock, I opened it, and I opened the door...I went outside and called for help."

His screams caught the attention of neighbors who ran towards the vehicle.

Video shows them holding down Ramirez until police arrived.

In the video, Ramirez tries to escape as he is being held against a car, but the neighbors don't let go.

The 11-year-old's mother and siblings also ran to him after hearing his screams for help.

"(Ramirez) was trying to get free and said he did nothing wrong and tried to fight them, but they wouldn't let him," the victim's sister said.

The victim's family said they have never seen Ramirez.

Records show he doesn't live in the apartment complex; his address is listed in Pasadena, about 15 miles away.

The 11-year-old's family is thankful for the boy's quick thinking and the help from neighbors.

The brave boy hopes this doesn't happen to any other child ever again.

"I want him to stay in jail forever and never do this again so he can learn his lesson," the boy said.