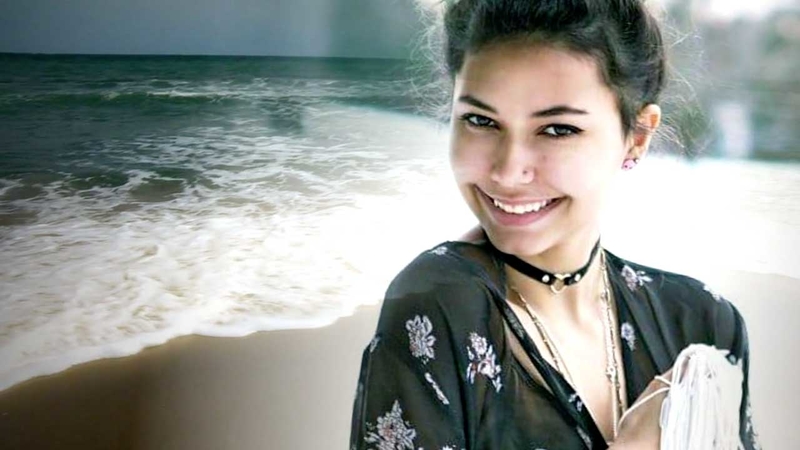 ATLANTIC BEACH, N.C. -- Paige Winter said she's glad that she was the one who got attacked by a shark at Atlantic Beach on June 2. The North Carolina teen said this is because she believes that if her father had been attacked instead, they wouldn't have both lived to tell the tale.

"I hate thinking about it," she said. "If it was my dad, I would not have been able to help. And he would have died."

She and her dad, Charlie Winter, sat down with "Good Morning America" in an exclusive interview to talk about that day. It started like any other trip to the beach with her family. They got no more than waist deep in the water.

When she first felt a tug on her leg, she thought it was a member of her family joking around. But she quickly realized that was not the case.

"So then I look up, and I look around, and I'm like, 'All of my family is still above the water right now,'" she recalled. "So then I start struggling."

The 17-year-old reached into the water and tried to pry the shark off by herself, but it wasn't working. There was a moment where she almost gave up, but it wasn't long before she snapped out of it.

"I remember giving up for a second, and then I just start like laying there," she said, "and then I was like, 'no, wait a minute, I can't do that. Like, that's not an option!'"

Meanwhile, her dad, a firefighter and paramedic, was on the shore.

Charlie said he was able to find his daughter because there was pink on the water. He pulled her up, and there was the shark, still clamped onto her.

"He was staring at me sideways. Just the biggest, blackest eye. Piercing," he said. "There was no negotiating with it."

He punched the shark as hard as he could. It took some effort, but he was finally able to separate Paige from the shark and bring her back to shore.

By this time, Paige said she felt no pain.

"My body went into shock," she said. "So I couldn't really feel anything. I just knew it was bad."

She said she stayed conscious throughout the ordeal and at one point pleaded to God.

The shark mangled her hands and her left leg. Her leg had to be amputated below the knee. She lost two fingers.

"I'm still Paige-y," she reflected. "Just a little different. Got some pieces of the puzzle missing. It's OK."

Though Paige said it's tough to be stuck in a hospital all day, both the medical staff at Vidant Medical Center in Greenville, North Carolina, and Paige's dad said her spirit is inspiring.

"That's what gets me through the day," Charlie said. "It's her, it's her attitude, it's her go, it's her drive. You don't know what your kids are going to do until they're faced with something, and she's facing it."

People around the country and the world stepped up to support Paige online. Her GoFundMe page has been shared thousands of times. Her prosthetic leg will be free thanks to a donation.

"Good Morning America" surprised Paige with messages from two of her most famous fans: Adam Lambert, who Paige said is her favorite male singer, and Robert Downey Jr. Iron Man himself asked Paige to be the North Carolina ambassador for his new initiative, called the Footprint Coalition, to clean up the Earth using technology. This was especially exciting for Paige, who said that the ordeal has made her want to learn more about sharks.

"I didn't do something directly to the shark," she said. "But I was in his water. That's his house."

Charlie said last week that he knows Paige will go on to do great things with her life. Coming out of Father's Day weekend, though, this dad is reflecting on just how close he came to losing her.

"I was scared. I thought I had moments left. That's all I thought I had," he said. "I'm a dad. And I just wanted to take the moment in, and hold her hand and tell her I loved her over and over. Because if you weren't going to be around for another five minutes, I wanted the last thing you knew was that how much I loved you."