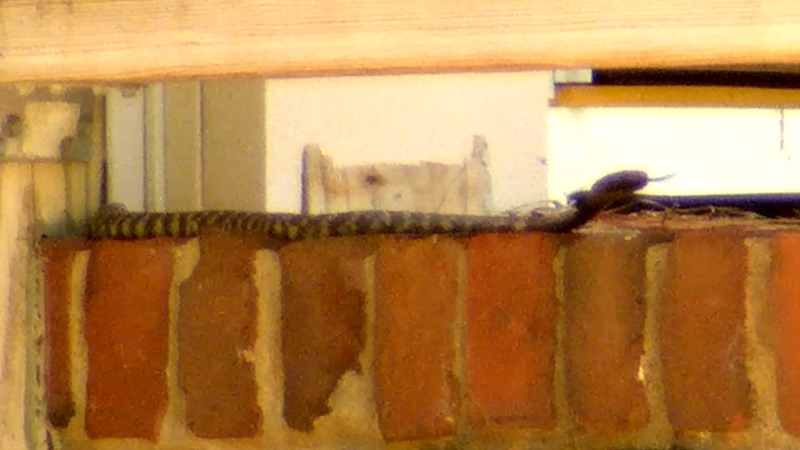 RALEIGH, N.C. (WTVD) -- A venomous snake's escape from a north Raleigh home is now leading to charges and possible changes to the law.

It was nearly a week-and-a-half ago a community was on edge. A zebra cobra, which can spit venom up to nine feet, escaped and was slithering through people's sense of safety.

It was eventually captured and removed.

ABC11 has learned that 21-year-old Christopher Gifford had a serious collection of snakes smack dab in the middle of a residential neighborhood.

His attorney, Anna Smith Felts, said 75 snakes were seized from the home where he lives with his parents.

There are now efforts on the state and local levels to avoid a repeat situation.

"It could have ended tragically ... as a consequence of irresponsible, reckless and dangerous behavior," Knight said.

State lawmakers are drafting legislation to address the issue.

"I think that frankly, people are aghast we don't have laws on the book," said Senate Democratic Whip Sen. Jay Chaudhuri of Raleigh.

The bill is largely being modeled after South Carolina legislation.

It would prohibit people from owning venomous snakes not native to North Carolina. If they already have one in possession, owners would be required to register the snake with the North Carolina Department of Environmental and Natural Resource" and on top of that, take out a $1 million liability insurance policy.

"This is a real public safety issue. You literally had neighborhoods where folks were not going out because of the fear of safety," said Chaudhuri.

Gifford is facing more than three dozen misdemeanor charges. The majority of the counts are for mislabeled snake enclosures.

"Authorities did a routine check of his home in March. Everything was up to standards and in full compliance with the law," Felts said. "He did everything he could to rectify the situation and is fully cooperating."

Felts also says Gifford is certified in snake handling and all the snakes were lawfully possessed.

Chaudhuri argued that though it has been OK for North Carolinians to own these types of reptiles, that shouldn't be the case moving forward.

"There's no good reason for someone to possess 75 nonnative venomous snakes," he said.

Lawmakers aren't sure when the legislation will be introduced in the General Assembly.