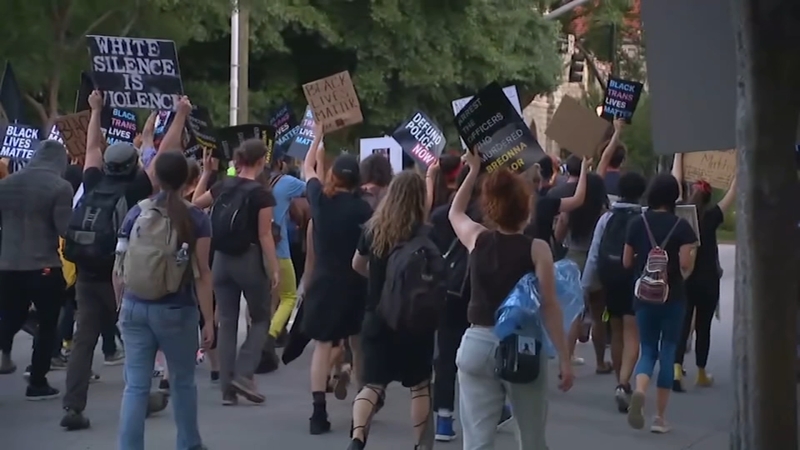 Consultants weigh in on RPD actions during George Floyd protests

The Chicago-based consultants stressed the recommendations are not an indictment of the police department.
RPD releases hundreds of body, dash cam videos from demonstrations at end of May

The presentation mentioned the City of Raleigh has a picket or protest permitting ordinance that states no picketing shall be conducted unless an application has been received by the chief or her designee. The consultant group said the city and police department should explore benefits of more rigorously enforcing relevant to the permitting of First Amendment-protected activity.

Some recommendations from @21CP_Solutions include @raleighpolice making better use of the "picket or protest permitting ordinance." Activists wonder whether this means people who are protesting will be fined for unlawful assembly if they don't have a permit #ABC11 pic.twitter.com/n8PJyCrXUb

After the presentation, city council members asked consultants questions. Mayor Mary-Ann Baldwin has asked for a response to the report by mid-December.

Raleigh activist Kerwin Pittman said he knew some constituents who were called to be a part of this investigation but many did not want to participate.

"We've been asking for total transparency for a long time after incidents take place for us to sit down and say listen, 'This is what was done wrong, this is how you can better fix this,'" said Pittman.

"I'm glad months later it's finally come out and they're admitting this and standing on this but the question now is how do we move forward to ensure that the things that occurred to the citizens that night does not happen again," said Pittman.

Mayor Mary-Ann Baldwin said the third-party review of the May events was meant to improve policy and policing. Baldwin said 21CP was formed after being on President Obama's task force to reform policing.

Baldwin said 21CP was formed after being on President Obama's task force to reform policing.