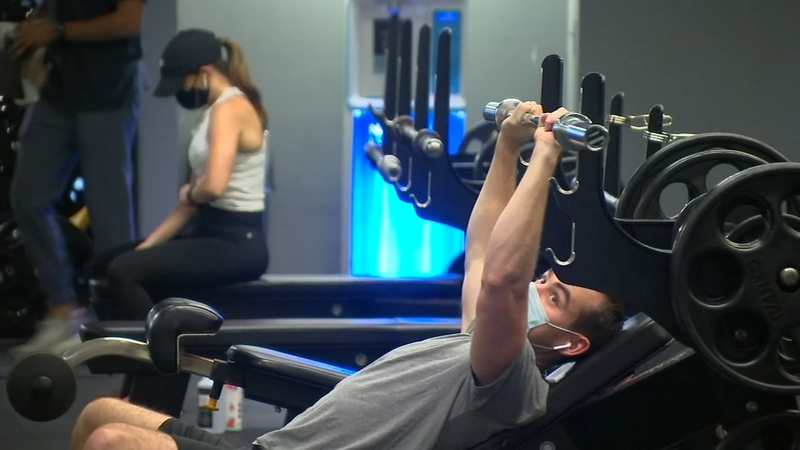 Gov. Cooper tightens mask mandate for all indoor spaces ahead of holidays

On Monday afternoon, Cooper said it is more important than ever to take COVID-19 precautions seriously. He once again issued full-throated support of the three Ws: wear a mask, wash your hands, and wait more than six feet apart.

Because not all individuals are following the three Ws at all times, the potentially deadly virus--which has killed more than 5,000 people in North Carolina--continues to spread.

Officials fear the Thanksgiving holiday, with its traditional large family gatherings, could make the situation worse.

So ahead of Thanksgiving, Cooper announced a tightening of mask-wearing guidelines.

"Our statewide mask requirement has been in effect since June and it is still our best weapon in this fight," Cooper said. "Today's executive order will further tighten that mandate, making it clear that everyone needs to wear a mask whenever you are with someone you don't live with."

The state's previous guidance called for the wearing of a mask when it was not possible to keep six feet from other people; the new guidance says masks should be worn at all times when indoors in public places.
"We need communities and local governments all over the state-but especially in these red and orange hotspots--to work with us to enforce the strong safety rules we already have in place," Cooper said.

North Carolinians will need to wear masks whenever around people who do not live in their immediate household, even when more than six-feet apart or exercising.

Cooper also said the state was working with local governments on enforcement of COVID-19 guidelines and to increase the responsibility of businesses that repeatedly fail to enforce mask wearing.

Greensboro Mayor Nancy Vaughn spoke, outlining how her administration had created a policy for policing mask mandate enforcement by local businesses. In her city, businesses in violation of the mandate first get a warning. Each subsequent violation comes with the possibility of a forced temporary closure which increases each additional time the businesses is found in violation of the health and safety orders.

"This enhanced state of emergency does not penalize the business for customers but for their own employees," Vaughn clarified.

Everybody using public transportation--or riding in private transportation with people who do not live in their house--should wear a mask.

In addition, gyms are now being asked to enforce mask wearing, even while patrons are exercising.

At O2 Fitness in Raleigh, the gym's president, Doug Warf welcomed the news from Gov. Cooper mandating masks while working out. Warf said he'd been getting pushback from some customers for mandating more than the state required.

"We actually started with a mandatory mask policy and then when the (order) came out from DHHS that you could remove the mask when strenuously working out, we had a lot of members call us out on that. So, we had to move on that ourselves," Warf said. "This takes the guess work out and lets the member know what they're going to see when they come in."