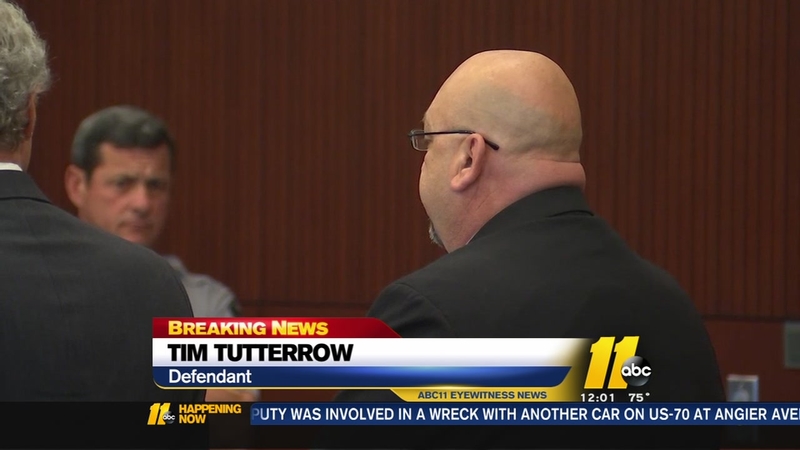 RALEIGH (WTVD) -- The NC State Fair ride operator who pleaded guilty to bypassing a ride's safety system which ended up injuring five people in 2013 learned Monday that he will not serve any more time in jail.

Timothy Tutterrow, of Georgia, pleaded guilty to assault with a deadly weapon charges last year in connection with the incident that left a Durham family injured as they were getting off the Vortex ride.

His attorney said in court that Tutterrow will live with what happened for the rest of his life and continues to pray for the family involved.

"There is absolutely nothing that I can do to change what has happened. It was a horrible event. There's not a day that goes by that I don't think about everyone that was involved, and because of not being able to change anything and fix anything that I've done wrong, I'm truly sorry." Tutterrow told the judge during the hearing.

The judge sentenced Tutterrow to 18 months unsupervised probation and an 18-34 month suspended sentence. He also received credit for 22 days served in jail for his cooperation in the case.

The ride operator's boss, Joshua Macaroni, who assisted Tutterrow by installing the so-called "jump wires" entered an Alford plea in the case and was sentenced earlier this year.

Macaroni was accused of felony obstruction of justice by secretly manipulating the machine so it would pass inspection prior to the beginning of the fair.

The Gorham family was injured as they were getting off the Vortex ride and it started back up. Anthony Gorham suffered brain and spinal cord injuries and was left blind in one eye. His wife suffered a shoulder injury and their son was also seriously injured. Their niece suffered an injury to her face.

Tutterrow's sentencing was postponed in March after the family was injured again in a car crash.