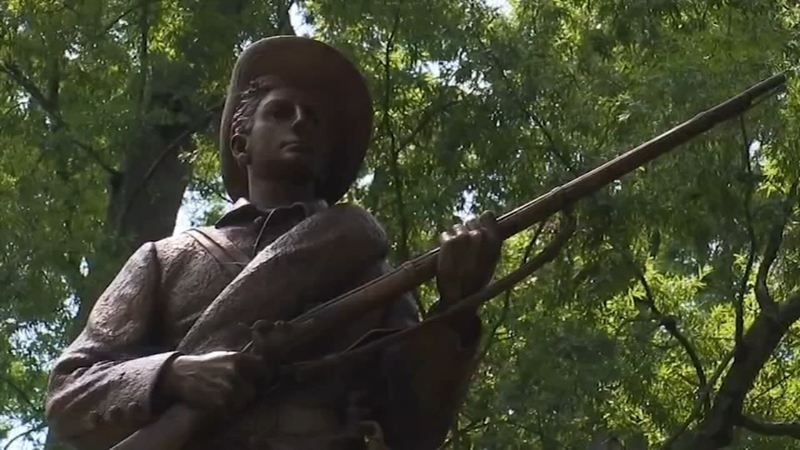 CHAPEL HILL, N.C. (WTVD) -- UNC-Chapel Hill Interim Chancellor Kevin Guskiewicz sent a letter to the UNC Interim President and UNC Board of Governors Chair on Wednesday, expressing concern about the legal settlement reached for the disposition of the Silent Sam statue.

This comes after The University of North Carolina System announced the settlement last week. Under the terms of the consent judgment in the lawsuit brought by the North Carolina Division Sons of Confederate Veterans, Inc. (SCV), the Confederate statue will be turned over to the SCV.

"The safety and security concerns expressed by students, faculty and staff are genuine, and we believe this consent judgment not only addresses those concerns but does what is best for the university, and the university community in full compliance with North Carolina law," said Jim Holmes, member of the UNC Board of Governors, after the settlement was reached.

But Guskiewicz made clear on Wednesday that he disagrees.

"There are a range of emotions and many people are struggling," Guskiewicz said in the letter.

"I am particularly concerned with recently published post-settlement comments from the SCV regarding how the organization may seek to use funds from the charitable trust, including plans to promote an unsupportable understanding of history that is at-odds with well-sourced, factual, and accurate accounts of responsible scholars," he wrote. "These comments, along with various aspects of the settlement, particularly the requirement that UNC-Chapel Hill reimburse the UNC System for the payment of the funds to the trust, have led to concerns and opposition from many corners of our campus."