Proposed bill would allow North Carolina schools to open as early as Aug. 9 in 2021-2022 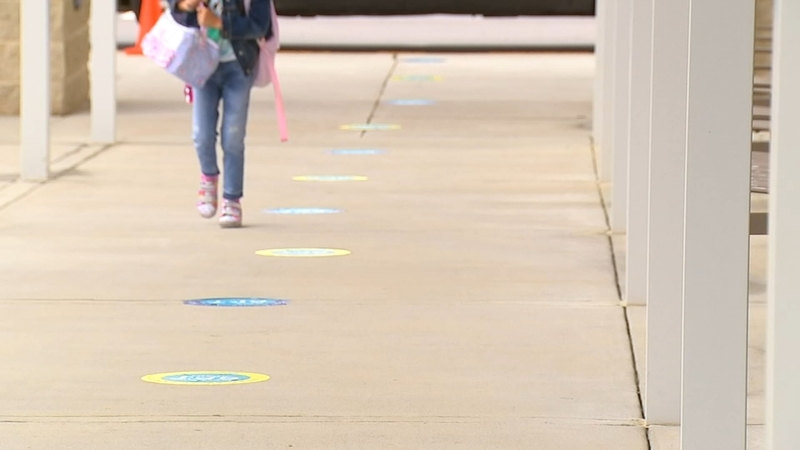 Proposed bill would allow NC schools to open as early as Aug. 9

RALEIGH, N.C. (WTVD) -- State lawmakers are set discuss a bill Tuesday afternoon that would allow school districts to start the 2021-2022 school year as early as Aug. 9 and end as soon as June 10.

House Bill 903 is currently in its draft form and will be brought up in a meeting with the Committee on Education at the General Assembly.

The proposal currently reads, "Local boards of education shall determine the dates of opening and closing the public schools under subdivision (a)(1) of this section. Except for year-round schools, the opening date for students shall be no earlier than the Monday closest to August 10, and the closing date for students shall be no later than the Friday closest to June 11."

Another COVID-19 side effect: Many kids head to summer school

"Our kids need a break," said Stacy Kivett. Her son was enrolled in virtual academy for the past school year and is looking forward to starting the next school year in-person. "Our teachers and parents need a break too," Kivett added.

State leaders originally included language in HB 903 that indicated the change was made due to days lost in the 2020-2021 school year. However, the proposal in its most current form has that language stricken from the bill.

Legislators also plan to set aside $100,000 from the general fund for a study to further examine the effects these revised start dates would have on students. The findings of the study would not be introduced to leaders until December 2022.

"Essentially it's making this year's students the test subjects once again. And that bothers me...and it's a bit concerning," Kivett said. "Perhaps (legislators) should study parents and teachers' opinions on it before enacting it. It's just too much too soon. I am not at all in favor of it."