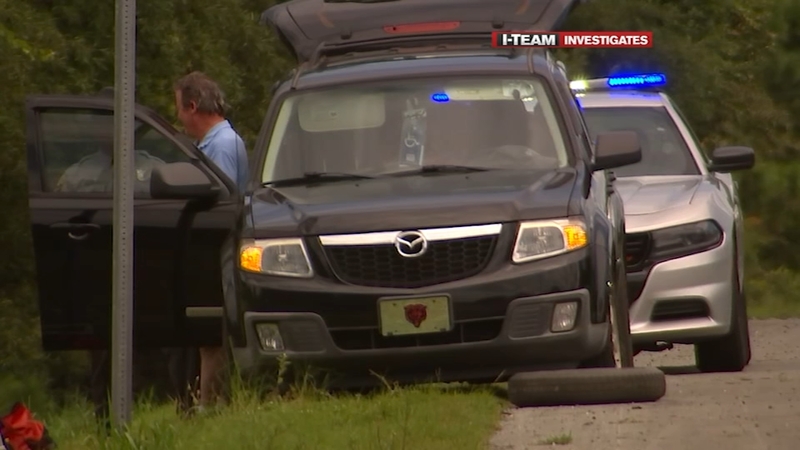 RALEIGH, N.C. (WTVD) -- Flat tire, fender-bender or flashing lights in the rear-view mirror: the list goes on and on for reasons to pull off to the side of the road.

Everyone else keeps moving - and you pray to the heavens other drivers stay clear.

It is the law in North Carolina that drivers move over lanes to protect first responders and utility crews, but new data uncovered by the ABC11 I-Team shows a growing number of collisions, injuries and fatalities in incidents involving parked cars and other stranded vehicles.

According to investigators, it was Dec. 16, 2018, when Lumberton Police Officer Jason Quick was dispatched to a disabled vehicle on I-95 Northbound near Exit 22. As he tended the vehicle, a 24-year-old driver struck Quick, 31.

In addition to Leah, Jason is survived by two young children.

The I-Team reviewed data of all crashes involving stopped or stranded vehicles in North Carolina during the past three years: investigators reported at least 190 wrecks on I-95 and I-40 alone, and more than half of those occurred in broad daylight.

Among the major factors leading to the crashes: inattention, distracted driving and failure to reduce speed.

"One of the basic things we teach our cadets is that while you also have to monitor the person you have stopped, you have to monitor those 2-to-80,000-pound vehicles approaching you from the rear," Sgt. Mike Baker, with the North Carolina State Highway Patrol, told ABC11. "If I took your desk, your place of work and put it beside the interstate and I had you work for eight hours on I-40 or I-95 with cars and tractor trailers driving by you at 70 miles an hour, what would your feelings be?"

According to Baker, North Carolina families heading out this Labor Day weekend must especially be cognizant of the increased traffic that invariably leads to a greater number of flat tires or broken-down vehicles. More troopers are expected to be on the roads cracking down on speeding and other violations.

Asked about where a safer spot might be to pull over, Baker said drivers can use discretion on waiting to pull off to an exit where there might be less traffic -- but make sure you alert the officer behind you that you're not evading the officer.

"Activate your emergency lights and hazard signals," Sgt. Baker said. "Slow down if you're speeding. If you continue at a high rate of speed, the officer is going to think you're trying to elude."

For Leah Quick, she said ever since her husband's death, it's been a much more fragile experience behind the wheel, especially when she sees someone on the shoulder.

"It gets to the point where I stop and want to protect them from cars," she said.