Back in March, the Raleigh-Durham Airport Authority Board of Directors unanimously approved a 25-year lease to Wake County mining company Wake Stone Corporation for the 105-acre Odd Fellows property, which is near Umstead State Park and the company's existing quarry just north of Interstate 40.

The board estimates they will bring in $24 million over 35 years from the deal, to fund improvements at the airport.

"I point blank asked members of the airport authority what's happening with the quarry, and they assured me nothing. And a month later they're voting to lease the land. So something isn't right there," said Raleigh Council Member Stef Mendell, one of four council members opposed to the plan.

She was one of several elected officials to speak Saturday afternoon, urging people to support candidates who oppose the quarry.

"A quarry has so many damaging effects to the ecosystem, and to the surrounding lands. And once you open the door to building or constructing anything on Umstead Park--who knows what's next?" said Raleigh council member candidate April Parker.

The plan calls on Wake Stone Corporation to provide $3.6 million for a third-party to lease 151 acres of airport land to create a mountain biking recreation area.

"We're making a compromise. These are concessions that we didn't plan on having to give in order to get this deal done," said Wake Stone Corporation President Sam Bratton shortly after the vote.

However, that has not been enough to appease opponents, who argue the land would be returned in worse condition and the $24 million would have a minimal impact. Melissa Hall, who moved to Cary in part due to its green-space, said she would consider moving if the deal goes through.

"It's too important to me. I'll basically lose all the reasons why I chose to live in downtown Cary," Hall said.

"Much of the information circulated by this coalition to date has been inaccurate and misleading. RDU continues to comply with all state and federal laws while pursuing creative ways to raise nearly $4 billion for critical infrastructure identified in our Vision 2040 master plan such as a new runway, more gates and better amenities."

Wake Stone Corporation must obtain all required federal, state and environmental permits for the project to proceed, which could take up to two years.

Saturday night, the Sierra Club Capital Group hosted the sold-out movie premiere of "400 Feet Down: Misguided Authority and the Fight to #StopRDUQuarry."

There will be an encore screening at the Rialto Theatre on Aug. 25.

"Wake Stone Corporation has a 38-year history of operating right next door to Umstead State Park with a stellar record - not one single permit violation. As neighbors and outdoor enthusiasts serving on the Umstead State Park Advisory Committee for more than 20 years, Wake Stone has been and will continue to be good neighbors to the Park. We can help maintain a thriving airport, while maximizing recreational opportunities for the community through our vision for the future Triangle Trail Center. In fact, it is very much aligned with the recreational goals that RDU Forest has supported. Retired quarries around the world provide vast recreational opportunities and have served as an inspiration for the proposed Triangle Trail Center. We look forward to working together with stakeholders during the permitting process to find common ground so that we can make this vision a reality. The current lease agreement with RDU provides an unparalleled opportunity for a win-win situation benefiting the environmental, recreational and economic future of the Triangle region."

Thousands of Israelis rally in Tel Aviv against Netanyahu's government 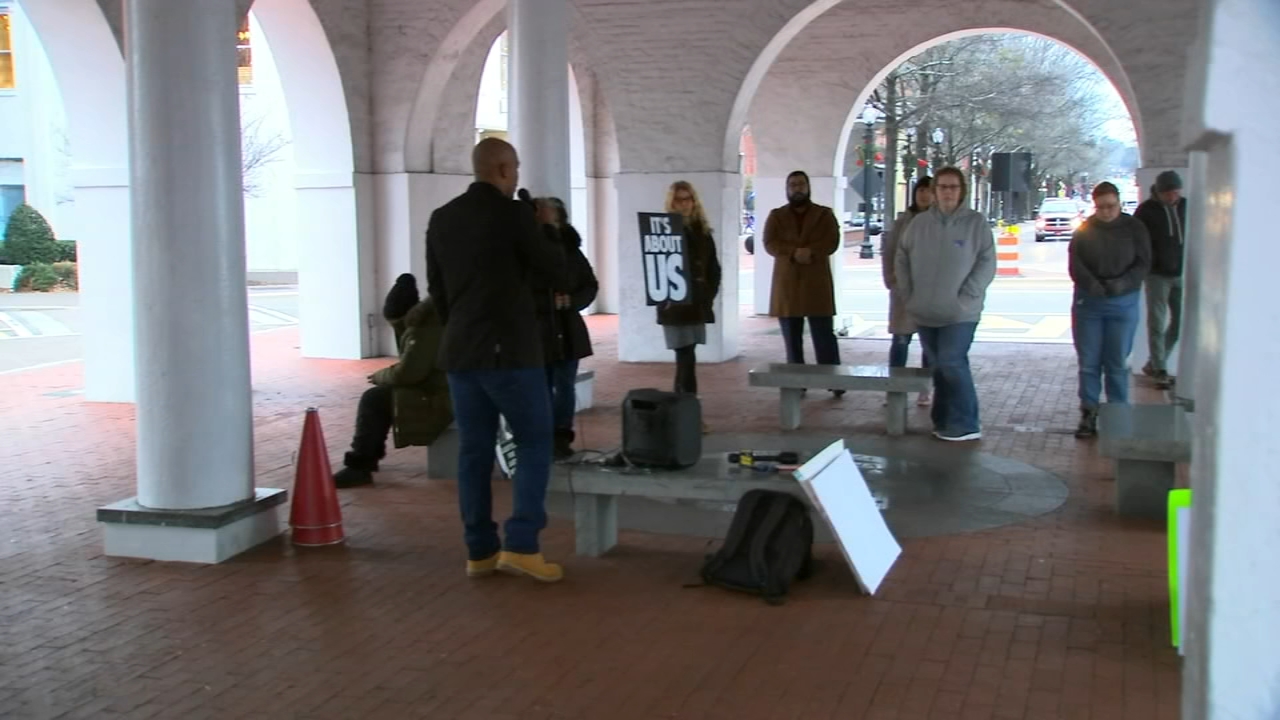