UNC will allow 3,500 fans to football games at Kenan Stadium 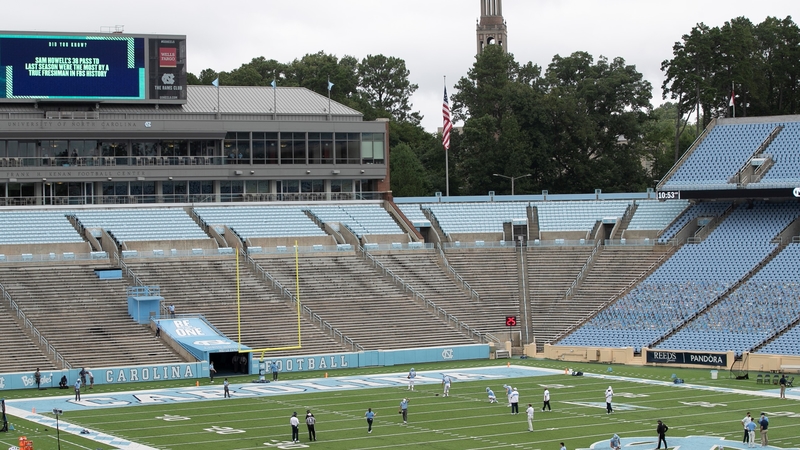 CHAPEL HILL, N.C. (WTVD) -- An unusual college sports season mired in an unusual year got a bit of good news on Wednesday as UNC football announced it will begin admitting fans at home games at Kenan Stadium.

UNC's athletic department said it will allow up to 3,500 fans starting with its Oct. 10 game against Virginia Tech. Parents and family members of the team will get first priority with up to 500 tickets going to them.

The update comes after Gov. Roy Cooper announced outdoor entertainment venues with a capacity of more than 10,000 would be allowed to open with 7% capacity.

Tickets will not be made available to the general public because of the restriction.

Approximately 1,000 tickets will be reserved for students and up to 300 to the opposing team, according to a statement on UNC's athletics website.

A game between the Tar Heels and UNC-Charlotte was canceled after several 49ers players were placed into quarantine.