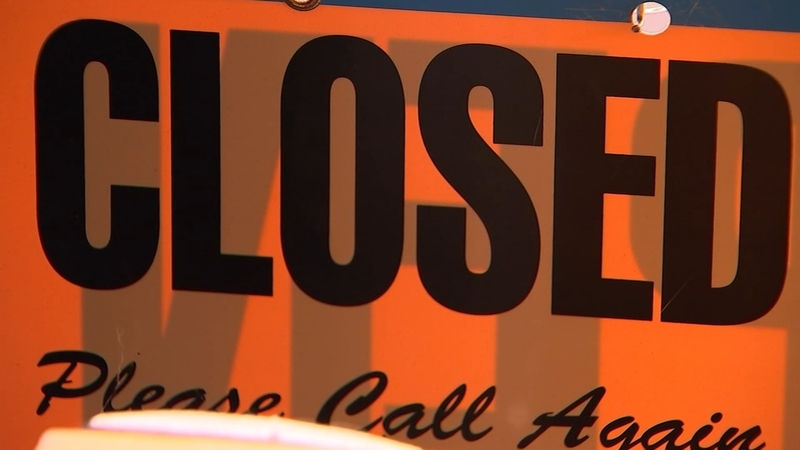 Getting unemployment benefits still a nightmare for many in NC

RALEIGH, N.C. (WTVD) -- "It is really a nightmare they don't call you, they don't talk to you," Raleigh resident Dayna Murphy said about the North Carolina Division of Employment Security (DES).

She spent months trying to get answers on her unemployment claim.

"I've spent hours. I mean, hours, some days on the phone on hold, or trying to get through to someone, or sending emails back and forth."

Murphy is not alone as despite DES saying there is no longer a backlog of cases to work through that happened when the COVID-19 pandemic started in March of 2020, which caused an influx of unemployment claims, we continue to hear from frustrated, unemployed people who can't get through to DES.

Over the last year, Troubleshooter Diane Wilson has shared with DES dozens of cases to look into.

When it comes to Murphy's case, she first filed for benefits in October of 2020 when she lost her job of 26 years. She quickly learned bad news from DES.

"They said I already had an account, and I'm thinking, well that's impossible because I have always worked. I've never applied for unemployment."

How it happened is someone stole her identity and filed it under her name. It took a while for that to get cleared up, but DES eventually approved her for benefits.

Seven months after the first filing, Murphy still has not seen a dime.

"You can't really talk to anyone past customer service with DES," Murphy said.

She was told her case would be escalated, but she has no way to find out where it's at and why she remains without compensation.

Daniel Bockish, owner of Raleigh's G.I. Gym Cross Training said he dealt with the same frustrations with DES when he first filed for unemployment benefits summer of 2020.

"Ever since then, just got the runaround. I called up like weekly and never got a straight answer. Nobody really knew what was going on," Bockish said.

Despite there being a state-mandated shutdown of all gyms, Bockish's claim for benefits was denied.

He appealed and won, but nearly a year after filing, still no unemployment money. He said calls to DES got him nowhere.

"You get put on hold for an hour, then you get disconnected. It's almost like designed to work against you because they, you know, to frustrate you and not call back."

Besides these two cases, Wilson continues to hear these same frustrations from other unemployed people daily.

One viewer writes, "I've been having trouble with my unemployment. I completed the ID.me process on May 21st after weeks of trying and haven't received any payment side April 4th. ID.me confirms they sent verification to DES. Meanwhile, she still has no payments."

Another frustrated viewer emailed Wilson, "I have been getting run around from NC unemployment. I have not received payment since March 29. I am being evicted because I haven't been able to pay."

Troubleshooter Diane Wilson got the cases mentioned above along with several others to DES.

Murphy got results, as she not only got back pay, but she started getting her weekly benefits.

"There's no doubt in my mind, Diane that I would have never gotten anywhere," Murphy said.

Bockish also finally got thousands of dollars in back pay.

Several other viewers who filed complaints with Wilson also had supervisors from DES reach out to resolve their issues. While there was a success for Murphy and Bockish, both said there are still problems with their claims and don't understand why it's so difficult to get direct answers from DES.

While there is a relief for these viewers, the tough reality is that there are so many unemployed still fighting for their benefits. In some of the cases Wilson sent to DES, the unemployed still said there has been no movement on their cases.

DES will not comment on specific cases, just say that they will look into the cases. To date, NE DES has paid more than $13 billion in unemployment claims since March 15, 2020. According to the state, less than 1% of claims are still pending resolution.
Report a correction or typo
Related topics:
personal financencabc11 troubleshootercoronavirusunemploymentcovid 19
Copyright © 2022 WTVD-TV. All Rights Reserved.
ABC11 TROUBLESHOOTER
Scam Alert: You will lose your AC if you don't pay up
Falling for this fake package delivery notification could cost you
Section 8 vouchers expiring before tenants can find homes
Woman paid $1,500 for Morgan Wallen concert but never got the tickets
TOP STORIES
Solar patio umbrellas sold at Costco recalled after multiple fires
Biden: G-7 to ban Russian gold in response to Ukraine war
Cop who sought GOP bid allegedly punches state senate candidate: video
Anglers of all ages can fish for free in NC on July 4
Out Raleigh celebrants react to possible SCOTUS actions
22 people were found dead in a South African tavern: police
ABC11 to present Raleigh's July 4th fireworks show at Dix Park
Show More
1 person dead after shooting in Durham
Ghislaine Maxwell on suicide watch but isn't suicidal, lawyer says
Biden signs landmark gun measure, says 'lives will be saved'
Trudeau: US abortion ruling could mean loss of other rights
Abortion rights supporters fill the streets of cities nationwide
More TOP STORIES News