'Enough is enough:' Slew of businesses say man who lives in Raleigh mansion owes them money

More companies are now coming forward to say they too are owed big bucks from Daniel Hahn, who lives in a multi-million dollar Raleigh mansion.

RALEIGH, N.C. (WTVD) -- More Wake County companies are now coming forward to say they too are owed big bucks from a man who lives in a multi-million dollar mansion in North Raleigh.

ABC11 Troubleshooter Diane Wilson first introduced you to Daniel Hahn in early September. That's when an HVAC company said Hahn skipped out on paying for $45,000 in repairs to his Alpine Creek Drive mansion.

Back in 2019, our newsgathering partners at the News&Observer reported that the mansion, which was one of the most expensive in the Triangle, was sold to a nonprofit out of Greensboro called Food Assistance, which reportedly helps feed low-income and homebound elderly people in Guilford County. The sale was conducted via an IRS Section 170 transaction, the N&O said.

"It's a tax tool designed to give the seller a tax break and the buyer - which must be a charitable organization - a chance to flip the property for a profit," the report said.

But now Hahn is having work done on the house. His relation to Food Assistance is unclear at this time.

Adrian Stephenson of AnyDay Heating and Cooling had multiple texts from Hahn showing he agreed to pay for the repairs.

"We have been going on since April trying to get paid, and we just reached a point that OK, enough is enough," Stephenson said.

After ABC11 aired Stephenson's story, Wilson heard from three different contractors who said they did work at Hahn's home and have not been paid in full.

Nate Anderson of Anderson Painting said his crews did $18,000 worth of painting inside Hahn's home in the spring of 2020. He said he did get an initial deposit from Hahn of $5,400 but the rest of the payment never arrived.

"He wanted us to do more, but I said 'When you pay us, we'll do more,' and he didn't pay us." Anderson said he made countless efforts to get Hahn to pay.

"I talked to that guy probably every other day for weeks and it was a different story every day," Anderson said. Anderson eventually put a lien on the property and says despite Hahn promising payment, he still doesn't have the more than $16,000 that is now owed.

Similar frustrations for Todd Spencer of Hammerhead Pool Services who revealed more than $11,000 worth of invoices he says Hahn hasn't paid. When Spencer saw the story with Stephenson having trouble getting paid for the HAVC work done in the home, he could immediately relate.

"It's the same story, even down to the excuses."

Spencer said his company was hired in December of 2020 to get Hahn's pool, hot tub, and fountains useable. He showed ABC11 pictures of what Hahn's pool and hot tub looked like when they started work.

"It was green when we got there. We treated it with chemicals, there's a lot of labor involved, you've got to brush, you've got to skim, you've got to continually backwash." Spencer said his team installed several new parts on the system and once Hammerhead Pools got everything up and running, the company maintained it weekly.

"We were there every week until the beginning of May when we stopped service," Spencer said. Hammerhead stopped service, as their invoices reached more than $11,000. Despite emails from Hahn promising payment, Spencer said he hasn't received a dime.

"When you take $12,000 out of a business this size, it definitely takes a bite," Spencer said.

"I don't believe this. I'm not the only one this happened to," said James Feldman of Double Vision Video when he saw the Troubleshooter report on Hahn. He is also looking for money from Hahn.

"He was a smooth operator," Feldman said explaining that he did work on Hahn's home in December 2020. "When I got there it wasn't just a little TV and a stereo. It was six racks of equipment, and the full-blown home theater system."

Feldman added after he got that system working, Hahn wanted more work done throughout the home. Which Feldman was willing to do, but he told Hahn he would need to buy the equipment. That's when Feldman ran into problems.

"A lot of different texts daily about getting the equipment (and) paying for it: 'I'm going to pay for it, expect a check.'" However, Feldman said the check for the new equipment never came. Eventually Feldman turned his attention to just getting the $1,800 he was owed for the initial work at Hahn's home.

Despite several texts from Hahn claiming payment would be made, the payments never arrived. "At this point, I'm simply looking to get paid. You know, you do an honest day's work you expect to get paid," Feldman said.

As for Hahn, when Troubleshooter Diane Wilson first talked to Hahn about the $45,000 he owes Stephenson for the new HVAC units, he insisted he'd pay. He said he was just waiting to receive a dividend check. He said his businesses have been hit hard by the pandemic.

Stephenson admits he should not have started the work until he received payment from Hahn, but he says he was eager to start the job.

After our story aired, Stephenson said he did get some of the money he was owed--half of it, in fact: $22,500.

"We are very relieved that he did make the first payment. We want to definitely thank you Diane for getting involved," Stephenson said.

Hahn texted Stephenson saying he would make further payments when Stephenson's team finishes orientation of the products installed and check or repair the unit that cools the kitchen and living room. Stephenson said that kitchen unit is not one his team replaced.

As for the other's contractor's owed money, Hahn did not respond to Wilson, but his attorney sent an email saying, "Mr. Hahn had never not paid a legitimate bill in his life."

Todd Spencer of Hammerhead Pools did get a check for $2,600 from Hahn and a text saying another payment is on the way.

Spencer said when he went to deposit the check, it bounced. However, he then got a pending wire notice that would cover the amount owed.

"When the work was done and it was obvious that it was done, I don't understand what the delay is and why. It seems like it's a game," Spencer said.

We will keep you updated if Hahn makes any further payments. All of these business owners say this is a good reminder to always collect a deposit, and stick with the payment schedule no matter what the circumstances--as all of the contractors said looking at the home Hahn lives in and the conversations they had with him made them think they would not have any trouble getting paid. 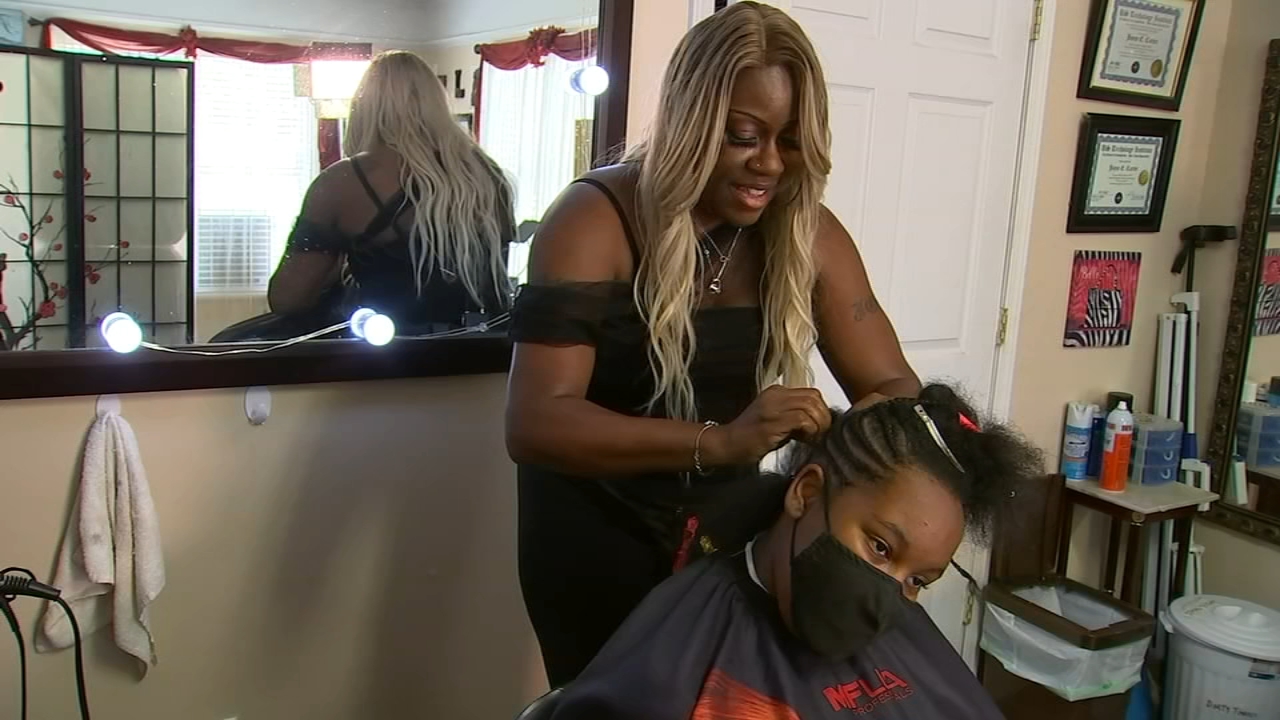